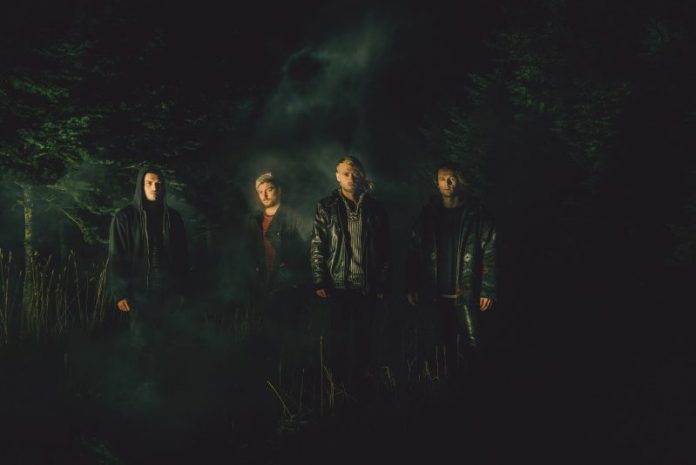 Danish alt rock outfit ‘Celestial Son’ have arrived with the release of their blistering new video single for ‘Open Wound’, taken from their current long play album ‘Saturn’s Return’. You can watch the mesmerising video for ‘Open Wound’, right here.

Originally formed in 2003 under the guise of Drone, the band morphed into Celestial Son last Spring. Drone had a good level of success, signing to Cargo Records in Germany and extensively touring throughout the whole of Europe. However, during the course of their time in Drone, the band’s sound changed and ultimately progressed. With this fresh sound and illuminated beginning, it was only right that a new moniker be selected to mark the evolution, so in 2015, Celestial Son was born.

Now, situated in the nation’s capital of Copenhagen, the progressive rockers have found an ideal creative muse in their homeland itself. With a long list of inspiration, stemming from prog masters King Crimson, Tool and Genesis (the early years), fused with the groove of Nine Inch Nails, Alice in Chains, and Nirvana, Celestial Son prise open the envelope of progressive art-rock and mix it with scuzzed up industrial grit and hard hitting complex rock. It’s evident that Celestial Son are a band who’ve found their own unique sound.

Last year, the quintet revealed their new album Saturn’s Return, which earned widespread recognition and acclaimed praise. The album also spawned the videos for All I Ever Wanted, Death Wish (crafted by Karim Ghahwagi), and Nothing In Excess, which was directed by Lasse Hoile (Opeth, Dream Theater, Porcupine Tree). The atmospheric alt-rockers are now set to unveil their new video for Open Wound. The video is a stunning piece of filmography and is the ideal accompaniment to the track’s undeniably hypnotic pull. With shows in the works for Europe and plans for festival appearances, Celestial Son have no boundaries in their way.