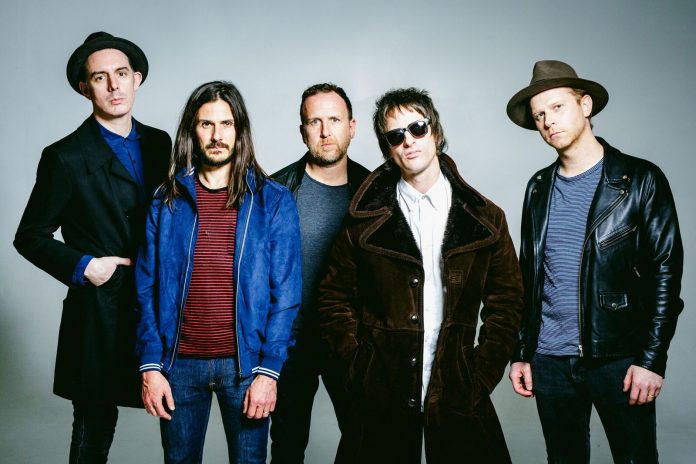 British rock and rollers THE TEMPERANCE MOVEMENT have returned with news of a brand new studio album that was released on the 16th February 2018, supported by a European headlining tour.

The album is currently No 3 In the Official UK Album Chart Midweeks. The band have just made an exclusive live performance video of album track “Caught In The Middle” taken from a recent YouTube session.

Following a whirlwind few years in which they released two Top 20 albums, toured around the world and shared the stage with rock megastars THE ROLLING STONES. THE TEMPERANCE MOVEMENT are finally back, having been hard at work behind the scenes preparing for an even bigger year in 2018.

“This is my favourite record we’ve made so far and I’m more excited about getting this out there than I have been about any of the previous albums,” states guitarist Paul Sayer.  “I feel like we’ve really captured what the band is about on this one; I can’t wait for people to hear it and I can’t wait to get out on the road and play it live to everyone.”

Guitarist Matt White, who makes his recording debut with THE TEMPERANCE MOVEMENT on ‘A Deeper Cut’, adds: “There isn’t an ounce of fat on this album.  Everything that is on there happened because it was absolutely necessary and vital that it was put down.  It’s both a nod to the past and a wink to the future.  It was a pleasure to be involved in writing and recording with The Temperance Movement for the first time.  I feel that together, with [producer] Sam Miller, we have surpassed any expectations that were placed upon us and that we have produced the finest body of work from the band to date.”

Previous article
Happy Valley?
Next article
The Direction Of Memoriam