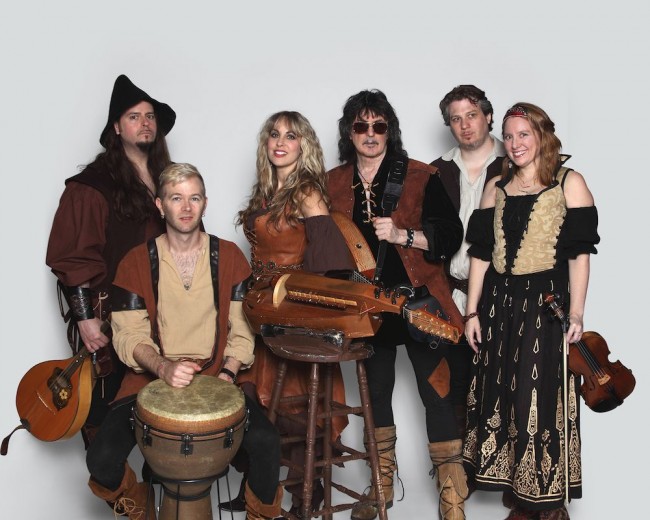 Blackmore’s night are ready with their new one

Among the things informing the songs of Blackmore’s Night are sagas and symbolism. In the case of the supernatural “Will O’ The Wisp,” the rock-based song continues the band’s vision involving what singer and lyricist Candice Night describes as “nature and folklore from around the world.” “Will O’ The Wisp” is from the group’s tenth album All Our Yesterdays now, offering us a mystical experience.

Spotlighted in the video and the lyrics are lights (the will o’ the wisps), an ancient rock, castle ruins, a forest, as well as the crescent moon.  There is also a path.  Candice saw that path as part of the “Will O’ The Wisp’s” folklore as she watched the Disney/Pixar filmBrave with her two children.  She was entranced by an early scene in which the heroine, Princess Merida is led through the woods to a cottage by a will o’ the wisp, a light that floats over swamps and moors.  “The visual was amazing,” she says.  Beyond that, the soundtrack of Ritchie’s music spoke to her to blend his music and her lyrics into this enchanting song.

The video enhances the lyrics’ ancient feel.  In stark black and white, the only color element is the title character, a small, light blue will o’ the wisp that leads Night through ruins and moors and wide open spaces that the Celts would have approved of.  The wisps were symbolic and mysterious lights that led her through ancient stone circles to a destination that would ultimately change her fate.

With concepts for this epic video running back and forth for weeks, Blackmore’s Night admits they took “forever” to finish it, and at the end of the entire production, Candice, Ritchie and the band, pretty much, used symbolism of the path of a the light meeting a second light—two Will O’ The Wisps.

Candice is adamant about one thing, though. “The concept,” she insists, “is in the lyrics.”

Fans can also watch Blackmore’s Night’s first music video (and single), the title song from the upcoming ALL OUR YESTERDAYS’ album, at