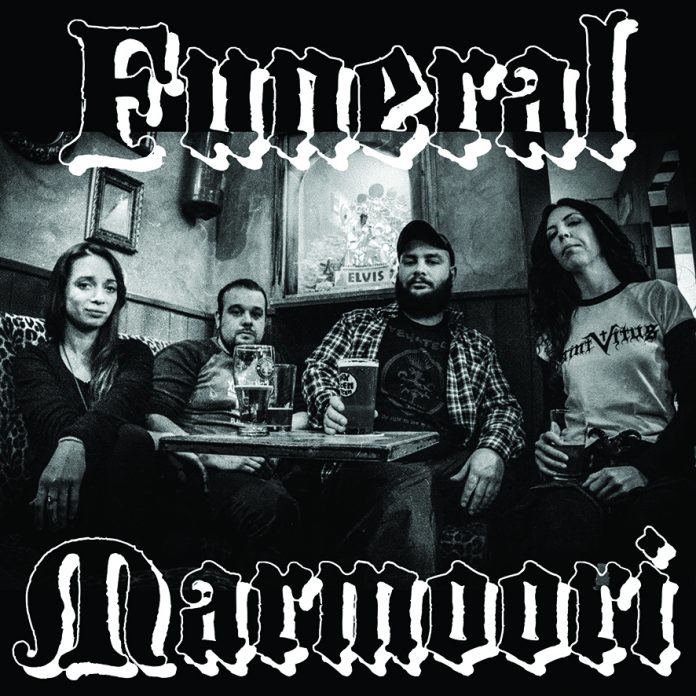 Funeral Marmoori have just released their new album, “The Deer Woman”. They play an Heavy Doom inspired by bands like Saint Vitus, Paul Chain, Cathedral and with aritual of organs and synthesizers range to 70’s Italian Progressive Rock. The band say: “For us Funeral Marmoori is a spiritual evasion from the shit and daily monotony we have to face everyday.Our music reflects ourselves and the stories we talk about are lived on our skin.”

They were  born in 2008 from an idea of Fabio (drums) and Giulio (guitars & vocals), who were already members of another Stoner/Sludge project “GUM”.

Thereafter Alessandro (Sickening’s guitarist) joined the band replacing Marco on the bass, with him they wrote new songs  – as well as playing live with Orange Goblin at the Stoned hand of doom fest, as well as Karma to Burn and The Secret.

In September 2014 Alessandro leaves the band and Annalisa is recruited as bassist to complete the line up. 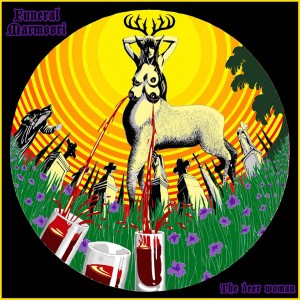