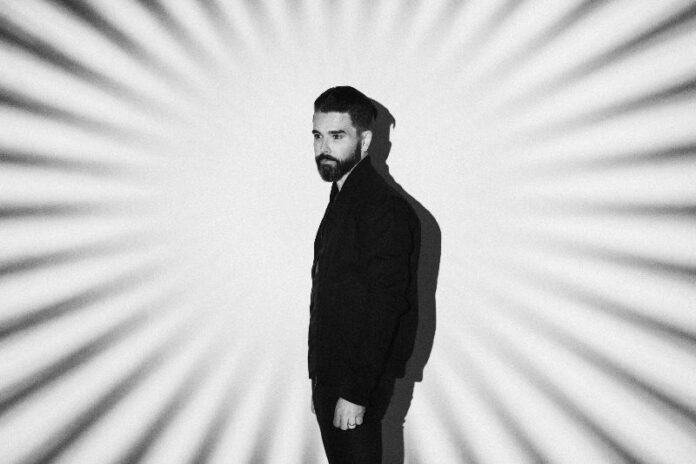 Dashboard Confessional has shared “Burning Heart,” the glorious new single from their eagerly anticipated new album, All The Truth That I Can Tell. An official music video premiere via YouTube followed by a Rodeo Livestream with DC founder, frontman, and songwriter Chris Carrabba, will take place today at 5pm GMT.  The song was written in a green room in Manchester, England in the winter of 2018 and then performed onstage an hour later.

“In the song, there’s this sense of, Okay, here we go! Are you ready? Because it’s starting!” says Carrabba.  “This was the first one I wrote for the new album and it’s the one outlier of the bunch. That night, I wrote a song that I was so certain of. Not that it was just good, but that it was powerful in some way, too. The conceit of this song reflects the fact that I’m holding in a lot. I have a lot to say to the person I love in this moment. The idea in this setting is that I’m here to fight for this. I wanted a song that took a look at a hard conversation with a sense of although things aren’t right now, they may be able to be set right if it’s needed badly enough, wanted badly enough. In this setting, the conceit of the song is between two people in a relationship — well, you only hear one side. That’s the bigger part of the conceit: what if you only heard the one side of the conversation?”

The first all-new Dashboard Confessional LP in four years, All The Truth That I Can Tell arrives via Hidden Note Records/AWAL on Friday, 25TH February, 2022; pre-orders/pre-saves are available now. The album will be available in a variety of formats, including digital, CD, cassette, standard black vinyl, and a number of limited-edition vinyl runs on offer exclusively via such retailers as Urban Outfitters, Walmart, Bandbox, and independent record stores. A candid All The Truth That I Can Tell Album Trailer can be viewed now at YouTube.

PRE-ORDER ALL THE TRUTH THAT I CAN TELL

Dashboard Confessional will then mark the arrival of All The Truth That I Can Tell with an exclusive pair of intimate solo acoustic album release shows, set for February 22 at New York City’s Bowery Ballroom and February 25 at the legendary Troubadour in West Hollywood, CA. Limited tickets for both dates go on sale today at 12 noon (local).

From there, Dashboard Confessional will join forces with Jimmy Eat World for an epic North American co-headline tour. The “Surviving The Truth Tour” begins February 27 at Albuquerque, NM’s Kiva Auditorium and then travels the US through late March. Support throughout the tour comes from Sydney Sprague. For complete details and ticket availability, please see dashboardconfessional.com/#live and jimmyeatworld.com.

What’s more, Dashboard Confessional and Jimmy Eat World will also be among the top artists performing at the just-announced “When We Were Young” festival, now slated for three days due to popular demand October 22 – 24 at the Las Vegas Festival Grounds in Las Vegas, NV. Ticket presales begin Friday, January 21 at 10:00 am (PST). For more information, please see www.whenwewereyoungfestival.com.

THE SURVIVING THE TRUTH TOUR

All The Truth That I Can Tell was unveiled last year with the inspiring first single, “Here’s To Moving On,” joined by a “deeply personal” official music video streaming now following an exclusive premiere via Consequence‘s “Origins,” which wrote, “Dashboard Confessional’s latest single ‘Here’s to Moving On’ is an exercise in deep, personal honesty. Yet despite the track – and in fact, much of the album it comes from, the forthcoming All the Truth That I Can Tell – being penned months before Chris Carrabba’s near-fatal 2020 motorcycle accident, its meaning shifted in the wake of that frightening trauma.“

WATCH “HERE’S TO MOVING ON”

Hailed by Rolling Stone as “vintage Dashboard,” the soulfully optimistic “Here’s To Moving On” was met by wide-ranging critical applause around the world:

“‘Here’s To Moving On’ is vintage Dashboard, with frontman Chris Carrabba’s ever-striving vocals flying atop the racing strum of an acoustic guitar: ‘Here’s to waking up,” he belts on the hook, “Here’s to sleeping well for once/Here’s to knowing the things/That you wish you could change/Here’s to saying you’re fine when you’re not.'”  – ROLLING STONE

“All The Truth That I Can Tell sees founder and frontman Chris Carrabba returning to his roots while embracing a newfound sense of vulnerability…The stripped back first single, ‘Here’s To Moving On,’ is heavily reminiscent of the band’s early days with honesty at its core.” – ALTERNATIVE PRESS

“The optimism that fuels Dashboard Confessional’s forthcoming record is ever-so-present in ‘Here’s To Moving On.'”  – SPIN

“In the uplifting ‘Here’s To Moving On,’ Chris addresses his challenges, and how he’s kept on going.” – KERRANG!

“‘Here’s To Moving On’ (is) an optimistic track that examines how the simplest of changes can give the most joy.” – NME

Written and recorded in the months before COVID, Dashboard Confessional’s ninth studio album, All The Truth That I Can Tell is both a remarkable renewal and fortunate step forward for Chris Carrabba. Having ascended great heights over the past twenty years, Carrabba found himself at a distinct crossroads as the last decade came to an end. Running on fumes, unsure if he’d ever release another album, he waited. The songs eventually came, and though the project might’ve easily come to a screeching halt following a near-fatal motorcycle accident in the summer of 2020, All The Truth That I Can Tell stands among Carrabba’s finest, both an achievement of vision and a vital burst of artistic clarity. Produced by James Paul Wisner – who previously helmed Dashboard Confessional’s now-classic first two studio albums, The Swiss Army Romance and The Places You Have Come to Fear – the new album is a strikingly potent musical look at Dashboard Confessional through a rediscovered keyhole.

“Honesty was at the heart of the writing process, at the heart of the recording process and at the heart of this collection of songs,” Carrabba says. “I had the rare opportunity to be unflinchingly honest. But I think I would have thought in the early days that that would be commonplace. Now, I realise it’s some kind of cycle within your life and there’s great personal reward in accepting that.“