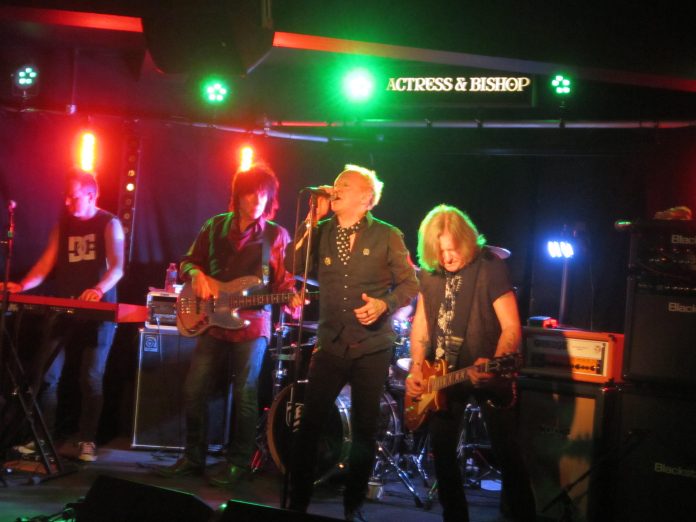 When you get to your Vintage years in life, you`ve seen most of the Rock and Heavy Metal bands that matter, so it takes something for a young, hungry and upcoming band to pique your interest to go out on a Tuesday night and Collateral certainly did. It was always going to be a difficult night to gather a large crowd, Birmingham can be a bit indifferent to live gigs these days and there was the small matter of the England Women`s team playing their World Cup semi-final this evening.

Still these Ramsgate natives hit the stage and delivered a cracking forty-five minutes of sublime classic rock. `Big Shot` opened the proceedings before `Midnight Queen` a track off last year`s Four Shots EPwith it`s infectious hooks and even a chorus that fans will be joining in with, was shared. Another slice off the EP, the balladish `Going With The Wind` is up next, quickly followed by a couple of tunes that should be on the guys debut album in October with `Merry Go Round` and `About This Boy.

There is a real combustive engine room with Jack Bentley Smith on bass and Ben Atkinson drumming up a storm, frontman Angelo Tristan has a wonderful vocal range and they`ve made a real find with gifted guitarist Todd Winger. This evening closes out with another cut from their EP with the power ballad `Just Waiting For You`, ` Promise` and `Lullaby` with its tremendous guitar riffs and “whooh whooh whooh” chorus. This quartet bring stadium style guitar solos and harmonies in the form of bands such as Thin Lizzy, Def Leppard and Bon Jovi (when they were good) and having seen other upcoming bands like Vega and Inglorious, who impressed me, I have to say these boys are leagues ahead. They are on the bill at the Premier Rock festival Ramblin` Man Fair in Maidstone later this month and play a short tour with the superb Piston in September. Get to see them. 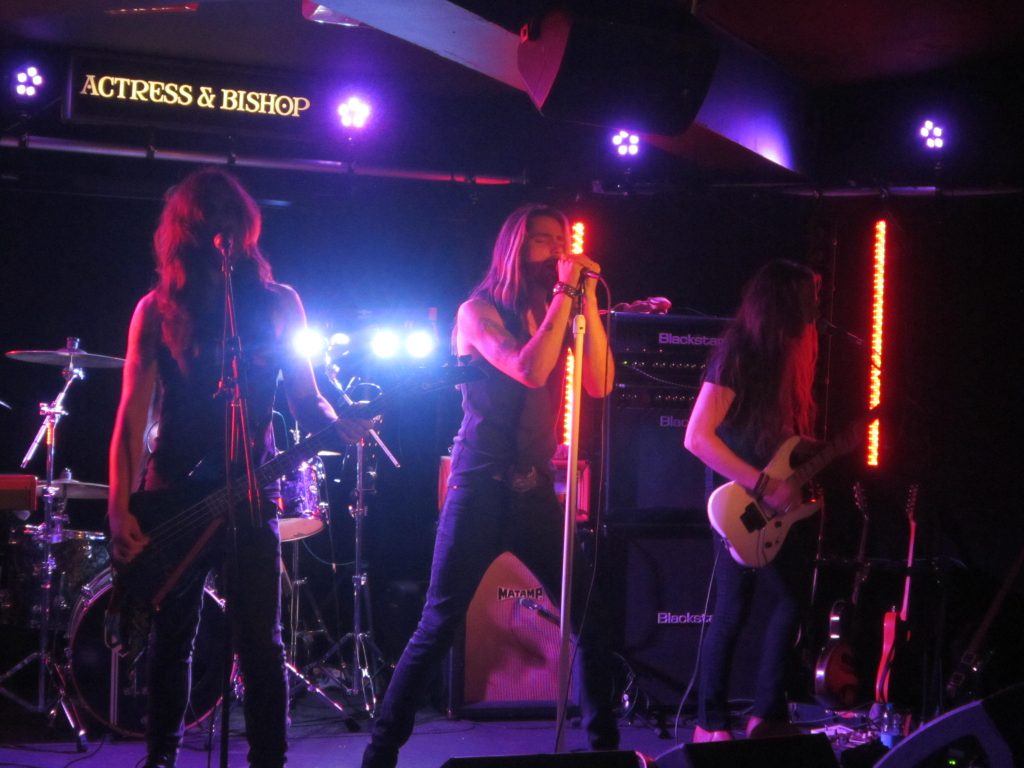 Bucket & Co is really more than just a showcase for the talented Dave ‘Bucket’ Colwell, guitarist with Humble Pie and formerly of Samson and Bad Company. The band comprises current Humble Pie and ex Cactus singer Jimmy Kunes, drummer Clive Edwards (UFO / Wild Horses), Denmark`s finest export Ronni Clasen on keyboards and Dave Boyce on bass (Grand Slam / Skyscraper & The Quireboys) so these guys are no slouches. Bucket, in various forms,  has released two albums to date with “Guitars, Beers and Tears” and “20 Good Summers” and we get a few cuts from both albums this evening.

Indeed `Whiskeyland` from the latter kicks off the show with `Guitars, Beers & Tears` and `20 Good Summers` shared with `Deal With The Preacher` and `Natural Born Woman` sandwiched in between.

Jimmy Kunes is not only a seasoned frontman but can really hit the high notes on these, what I would refer to as Classic Rock tracks. The show progresses with the wonderful `The Bridge` before the songs become a little more bluesy with `The Stealer`, `Reach Out` and a great cover of Bad Company`s `Ready For Love.` `30 Days In The Hole` is a real sleazy offering with the rockier `C’mon Everybody` following. The gig finishes with `Hey Mr Nobody` and `Running With the Pack` where Ronni`s delightful piano work comes into its own. It`s not too long before the boys troupe back on stage to perform a deserved encore. Jimmy sings a few lines of `Little Bit Of Love` before the guys storm into Free`s masterpieces `Can`t get Enough` and `All Right Now` This was a stunner of an evening, the band are really talented musicians in their own right and come together to perform some well written and thoroughly enjoyable songs, There is a real sense of fun between this band and they all seem relaxed but focused on delivering these memorable tunes. Dave Colwell is a superb axe master, he plays his guitar in such an understated but thoroughly effective way, a real joy to behold. It`s obvious why he has graced such bands as Humble Pie and Bad Company. They only have a couple of dates left on this short outing, don`t miss `em.

Previous article
FRANK’S THE MAN
Next article
BAND OF THE DAY: TEMPEST RISING