BROTHERS OSBORNE GIVE IT SOME WILLIE 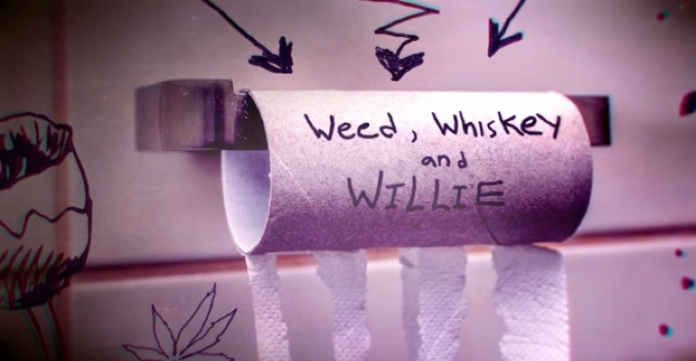 Brothers Osborne have shared a new lyric video for ‘Weed, Whiskey And Willie’, a track from their upcoming album Port Saint Joe, out this Friday. The Brothers had big success at this year’s ACM Awards, winning Vocal Duo Of The Year and Music Video Of The Year for ‘It Ain’t My Fault’.

‘Weed, Whiskey And Willie’ is a touching ode to love and the healing power of its subject matters. The track is an instant grat with each online purchase of the new album. You can watch the lyric video here.

They recorded their version of ‘Take Me To The Pilot’, of which vocalist and guitarist TJ Osborne says: “We thought, man, this is something we probably would’ve wanted to cover and record anyway, regardless of it being on the ‘Restoration’ project, and so we did. I’m pretty proud with how it turned out.” You can hear the track here.

Brothers Osborne’s second studio album, Port Saint Joe, is released this Friday. The first two singles, ‘Shoot Me Straight’ and ‘Drank Like Hank’, have had a huge reception, with both being added to the A list at Planet Rock.

‘Drank Like Hank’ was written with Kendell Marvell, the singer / guitarist / award-winning songwriter from Illinois who has been announced as the Special Guest on the Brother’s upcoming UK headline tour. His debut album, ‘Lowdown & Lonesome’, is released on May 18th via Snakefarm Records.

“Port Saint Joe’ is a sonic representation of who we’ve become, not only as a band but as people,” says guitarist John Osborne. “Every show we’ve ever played together is on this record. Every song we’ve ever written and every mile we’ve ever ridden has led to the making of this record. Imperfections and all.”