BROADWAY COMES TO THE UK 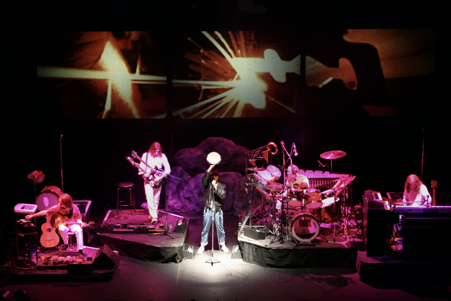 Re-crafting the sounds of Genesis for a new generation, THE MUSICAL BOX has announced their upcoming tour ‘THE MUSICAL BOX – THE LAMB LIES DOWN ON BROADWAY’, set to take place in February 2023.

In the early ’70s, Genesis’ Tony Banks, Phil Collins, Peter Gabriel, Steve Hackett and Michael Rutherford redefined the concept of a rock concert with their ever-changing approach to the genre.

The Musical Box’s upcoming tour ‘THE MUSICAL BOX – THE LAMB LIES DOWN ON BROADWAY’, will capture the magic of Genesis to the very last detail. Reenacting Genesis’ performances as originally presented between 1973 and 1975, this awe-inspiring tribute recreates the original shows complete with costumes, instruments, and lighting. Using their intuitive talent and wide-reaching knowledge of the band’s history, The Musical Box promise a set that is guaranteed to take you right back to Genesis’ 1970s peak as they explore one of their most seminal alums and much more.

The global tour will have a prolonged UK stop, as the group perform on stages across the nation.

Capturing the profound essence that cult followers from all over the globe still find in Genesis’ music today,

The Musical Box will be bringing their incredible live show to these UK venues as follows: