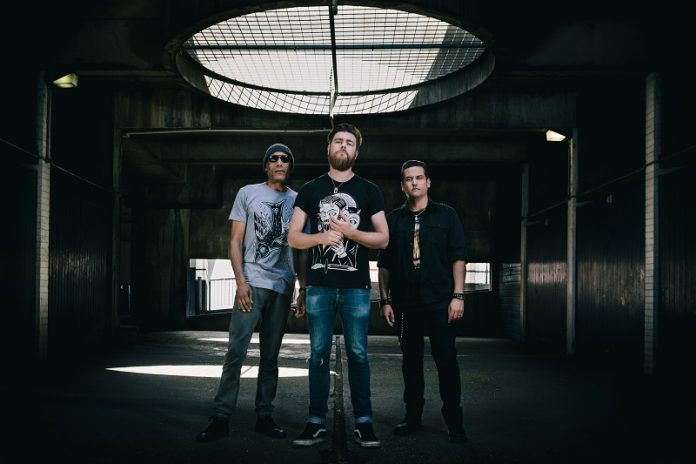 Having burst onto the ever-resurging British rock scene with two powerful and melodic singles earlier this year, Black Orchid Empire have announced the release of their debut album ‘Archetype’.

The London-based rock trio will release the album on November 11th  with a supporting tour plus a new single and video.  Watch this space for details coming soon.

“ARCHETYPE is a rock album. A proper all-in, listen-from-start-to-finish journey; something to get caught up in and obsess over until you hear little overlooked details on the third or fourth play-through.” Comments frontmanPaul Visser.

He continues…”For us, each song is something that needs to be refined and worked on until it takes you on that perfect, heady rollercoaster – our album as a whole is the same way. It’s dark, it’s heavy, it’s melodic, it’s complex, but all in balance and all working together in the best interests of the record. We’re incredibly proud of this album – it really does define us as a band.”

Black Orchid Empire have performed alongside heavyweights such as Biffy Clyro, Skunk Anansie, Feeder and Editors and include previous members of highly-acclaimed groups Queen Adreena and Cape Fear.  They have enjoyed significant support for their previous singles, having been playlisted on Kerrang! TV, Kerrang! Radio, Planet Rock and Total Rock.