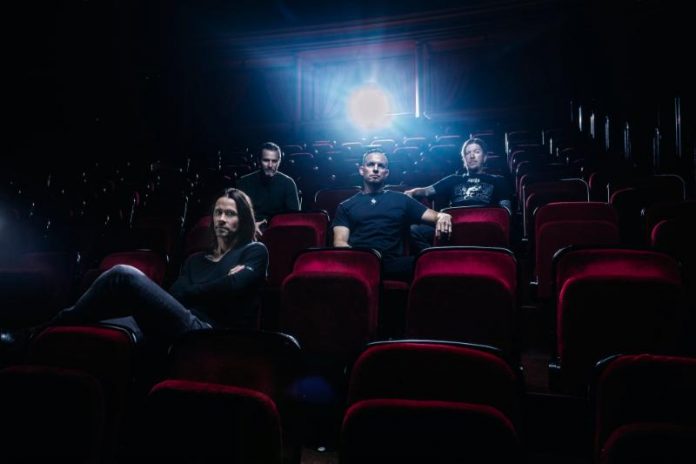 With the release of the previous two live videos for “Addicted To Pain” and “Words Darker Than Their Wings,” from Alter Bridge’s career-defining live release Live At The Royal Albert Hall Featuring the Parallax Orchestra, fans have been patiently waiting for something new from those historical concerts. The band has released another rarity from their catalogue, a live performance of “The End Is Here” from their 2004 debut release One Day Remains. “The End Is Here” is the last song on the album that introduced Alter Bridge to the masses and is a track the band hasn’t performed since their first touring cycle. The live performance from Royal Albert Hall also showcases one of the rare moments in an Alter Bridge concert where frontman Myles Kennedy puts down his guitar and his only instrument is the voice that makes him one of the most recognisable performers in rock music. The video for the track can be seen here:

After 14 years performing together, five full-length studio albums, and countless sold-out shows around the globe, Alter Bridge is releasing the epic Live At The Royal Albert Hall on September 7th via Napalm Records. The live album and DVD was recorded in October 2017 when the band performed two sold-out shows at London’s iconic Royal Albert Hall backed by the 52-piece Parallax Orchestra led by conductor Simon Dobson. Live At The Royal Albert Hall is a 21-song collection that features some of Alter Bridge’s biggest hits, fan favourites and even a couple of rarities. Songs like “Before Tomorrow Comes,” “Ghost Of Days Gone By,” “The Last Hero,” and “Broken Wings” all find new life with the unique arrangements presented by Dobson and the Parallax Orchestra performing with the band. The pre-order for the release is live and fans can order various audio and video configurations including Blu-Ray, DVD, CD and Vinyl as well as other unique bundles with exclusive content. The pre-order is currently live here: http://smarturl.it/LiveFromTRAH and at www.alterbridge.com. Fans that pre-order the album digitally will receive instant downloads of “The End Is Here,” “Words Darker Than Their Wings” and “Addicted To Pain.” A portion of the proceeds from all sales will go to the Future Song Foundation; an organisation that Myles Kennedy is closely involved with.