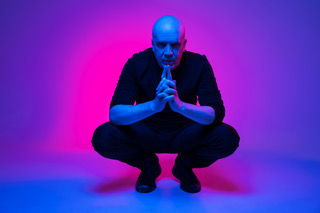 Devin Townsend’s new studio album ‘Lightwork’ is out now, and to celebrate he has released a video for the track ‘Heartbreaker’. Watch it now here: https://youtu.be/G6cNd3dCVFY

This past weekend, Devin presented a special streaming event to commemorate the release of his new album. Watch him perform tracks & answer fan questions here: https://youtu.be/PUXpsv4Oyjg

‘Call of the Void’: https://youtu.be/SpBO0RbLKJ0

The ‘Lightwork Interactive Ambient Generator’ was also recently launched, giving access to specially curated loops from the album, that fans can mix together to create their own soundscape for work and relaxation. Head here to explore: http://lightwork.hevydevy.com/