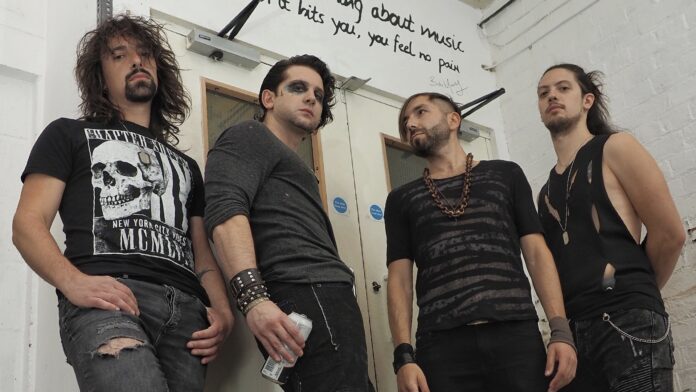 UK based alt rock band Mercutio are set to release a cover of Dua Lipa’s “New Rules”, ahead of an album showcase show in May and new material in June 2022. The lyric video for the cover version is available HERE

The band comments: “We can’t wait to be on the road again playing our new songs as we got so damn excited during the writing process.  The Dua Lipa cover came out during lock down. It was a fun game we wanted to play to escape from that claustrophobic life… You get that particular feeling from the music video too… See you all out there Mercutians!”

Following the critical and commercially acclaimed release of their debut album “Antagonist” in June 2021, the band is set to release new material in June 2022.

“Antagonist” is a stunning collection of rock songs – instantly memorable melodies underpinned by driving rhythms. From the hammer blow riffs of album opener “Where The Pain Lives” to the brooding “C Word”, from the epic, histrionic “Alex” to sleazy groove of album closer, and previous single, “Revolution Station”, “Antagonist” marks Mercutio as one of the most exciting new rocks acts of 2022.

A stunning live act. Mercutio supported Inglorious on twenty dates across the UK in late 2021. The band are finally set to bring their own headline album show in May, “Antagonist Live”, as below