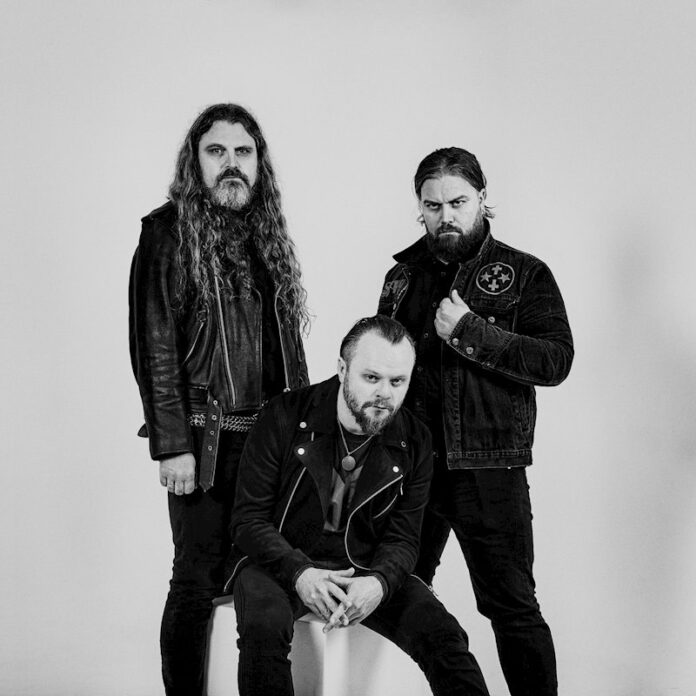 Check out the video here: https://www.youtube.com/watch?v=0b71CE0A1ho

Sahg is back with full force and a bewitching new single! “Heksedans” is a fresh, heavy metal take on the classic hit song by Norwegian singer-songwriter legend, Jan Eggum. The song and music video is inspired by the brave women who were burnt to death, accused of witchery, up to the 1600s. It is the first Sahg song ever with lyrics exclusively in Norwegian, and the band members’ daughters take part on the record and on camera. This killer metal banger screams for more heavy metal witchcraft!

Entering the Norwegian metal scene in 2006 as a classic doom band, wasn’t necessarily a recipe for success. Black metal was still the big thing coming from Norway, and there wasn’t much space for bands from other subgenres. Even with Gorgoroth members King ov Hell and Kvitrafn in the line-up, adding a touch of blackness, it wasn’t very likely that Sahg would get an instant break-through. Despite the poor odds, Sahg took critics and audiences by storm with their debut album, Sahg I, in Norway and abroad. The album charted in Norway’s top 40, got massive media coverage in national papers, and top reviews all over the international metal media. The success of the debut album brought the band on a North American tour, traveling coast to coast as opening act for Celtic Frost. Sahg was also named ‘the one to watch’ at several metal festivals across Europe.

Throughout the following decade, Sahg released another four critically acclaimed albums, and played several tours and festivals across Europe and Asia. In 2008, Sahg played Great Indian Rock Festival, a festival tour with shows all over India, along with Satyricon, amongst many others. Sahg toured as support act for bands like Motörhead, W.A.S.P., Clutch, Dimmu Borgir and Enslaved, and following the release of their fifth album, Memento Mori, Sahg played direct support for Opeth on their entire 2016 European tour. They also appeared at festivals like Wacken Open Air, Summerbreeze, Sweden Rock Festival, Hard Rock Hell, Tons of Rock, Inferno Festival and Beyond the Gates, during this period.

To this day, Sahg has always stayed true to their doom and heavy metal roots, and still holds the throne as Norway’s high guardians of doomed heavy metal. Sahg‘s first release on Drakkar Records will be out in 2022

Previous article
DEAF OUT
Next article
DOWN, DOWN, DEEPER AND DOWNSET