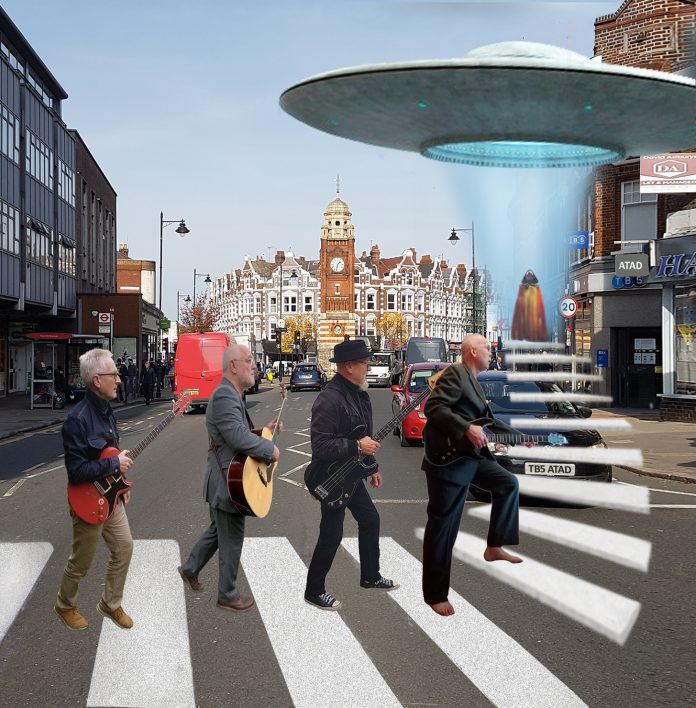 Rejuvenated West Country prog-psych band THE BRAINIAC 5 have had a clear-out of the closet and release a new compilation album next month.

With band activities curtailed by Covid, they took time to examine the various recordings they had in the vault to see what they could come up with. The result is the compilation album Another Time Another Dimension 1976 – 2020 which combines rare and unreleased material by their earliest line-ups combined with new recordings by the configuration of the band that recorded their most recent studio album Back To Shore.

Another Time Another Dimension is, in part, a tribute to their longtime friend, engineer and producer, former Hawkwind drummer Martin Griffin, who sadly passed away at the start of 2020.

“Martin and I were members of free festival favourites the Half Human Band in the early ’70s,” says singer/guitarist Charlie Taylor. “We both moved to Cornwall at around the same time: Martin set up his recording studio in the village of Roche and I joined the Brainiacs in Penzance. Martin gave  the Brainiacs free studio time which facilitated the recording of the Mushy Doubt EP, the ‘Working’ 7″ and the World Inside LP. He drummed with the Brainiacs when our drummer was incapacitated and mixed the sound at many of our gigs in the West Country and London. He was the fifth member of the band, supporting us every step of the way.”

Set for release on 7 May through Reckless Records, Another Time Another Dimension is available to pre-order now through Bandcamp and Amazon.