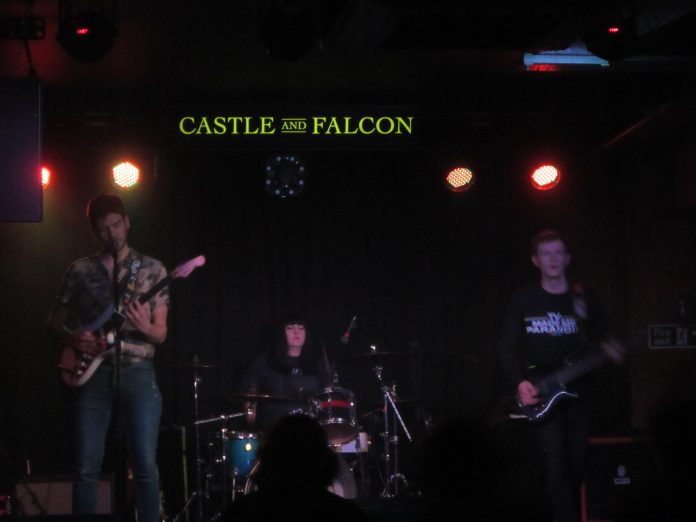 Bristol quintet IOTA. offer up an enjoyable half hour of high energy, guitar led alternative rock. Singer Jodie Robinson has a diverse vocal range which sits perfectly with the song `Blush` a track she belts out as she struts menacingly across the stage. An interesting song as towards the latter part, it has a spoken refrain, before returning for a final all-out assault. `Isabelle` is a slower burn written about losing somebody. The other tracks that stood out in this enthralling short set were `Take It` and `My Enemy` which had hints of Courtney Love`s `Celebrity Skin` A pleasant introduction from this band and I’ll be keeping an eye out for their return to the Second City in the future. 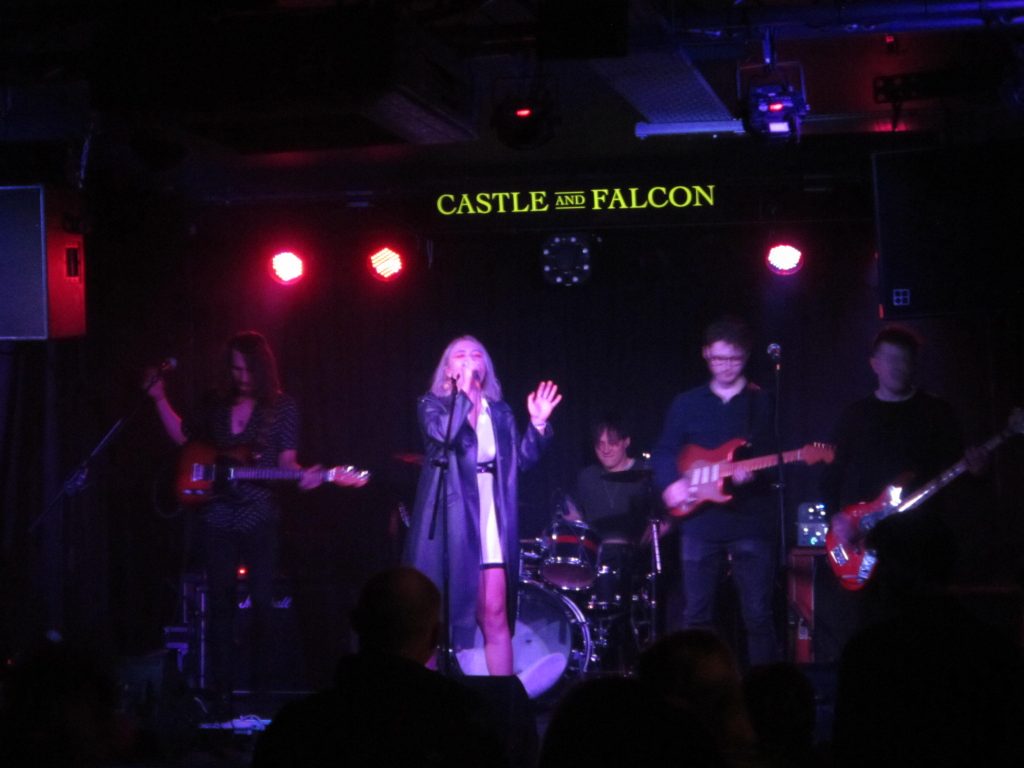 There`s no fanfare as Hull three-piece Bloodhound take to the stage for what turns out to be a pretty intoxicating and hypnotic nigh on fifty-minute set of atmospheric and at times psychedelic noise. They ease us in, sort of, with the unnerving `Worn Down` with Max Lilley`s quietly shared vocals atop a wonderful barrage of screaming guitar riffs. There`s little let up as the trio belt out `Again` a much faster paced offering with some screamed vocals at the chorus. They share a new track with `Funny` which is quite psychedelic and has a strap line of “You Think It`s Funny Yeah” running through it, which will get into your subconscious. The band`s terrific debut album “Fragile Skeleton” was released last month and they offer up four cuts from this with the brutal `Praise`, slow paced `Short`, `Am I Okay?` with it`s sort of sixties vibe and the intense `FRSTRTD` which is complemented by Will Biggs`s heavy bass line and Bex Probert`s pounding, thumping drums. The set closes out with `if This Is The Way It Is` and `Real Glamour` before the trio take their leave. Their sound is a little hard to categorise as there is such a variety of influences with huge riffs and immense twists along the way, at times it`s sort of grunge with impressive controlled noise and anger. It`s obvious that the band have been together for some time with how tight their sound is.  I came away a little bemused and dazed. in a good way, by what I’d just witnessed. Bloodhound are definitely a band to watch out for.