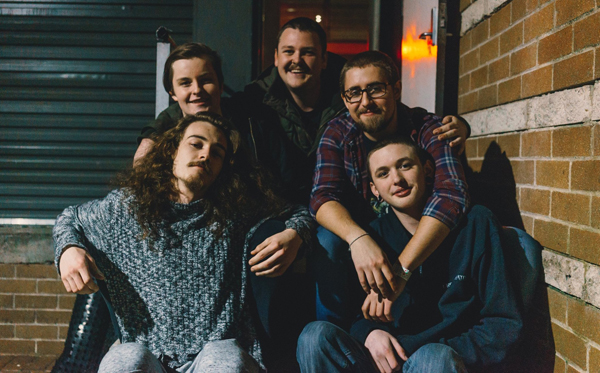 Newcastle, Australia’s most brutal export, Blind Oracle, are today dropping their new single BLOODLINES. It’s the first cut from their new album to be announced (after already dropping an EP last year at Bandcamp!) and the song takes aim at society and organised religion.

The track will be live in iTunes and Spotify and all good online stores next Tuesday, 11th October and a video and tour/launch dates will follow.

While they have said in interviews in the past that they are not a ‘message’ band, and that the message is to listen to their music, they write from personal experience. Seth from the band, in a recent interview at Killyourstereo, said “Like I said, when we write, we make sure it is all from a personal place. I’d say that metal is the best expression for that. It’s probably the only vessel for that. We’ve all gone through hardships and we’re all still struggling but metal is the best outlet for us. I don’t think we would be as happy as we are if we didn’t have this outlet. If we made pop music, we wouldn’t be as happy because it wouldn’t allow us to let out the dark stuff within us.”

In reference to the song, the band want people to know that is is a reaction to  the way our world is set up – vocalist Brodie Paul says “Bloodlines is an encapsulation of our aggression and frustration with the current state of societal unconsciousness prevalent in organised religion and the government. Bloodlines looks at how they both influence us in our daily lives through subtle manipulation and fear, and ultimate how they lead us astray. Heavy music is the greatest artistic vessel for this mindset, so it came together naturally. This is simply a reaction to the world we live in.”

With two EPs behind them (The Poison Of Humanity in 2014 and Between Blade & Flesh in 2015), Blind Oracle have travelled around the country numerous times, accompanied by some of the freshest and fastest rising bands in Australia, and they are now putting that momentum to use in the form of a debut album. The first single from the album, “Bloodlines”, will act as a bridge between the past material and the direction the band is heading in 2016 and beyond.

Bloodlines will be in iTunes, Spotify and all good online outlets on Tuesday 11 October and a video and tour for the single will follow. For more information, go to facebook.com/BlindOracle