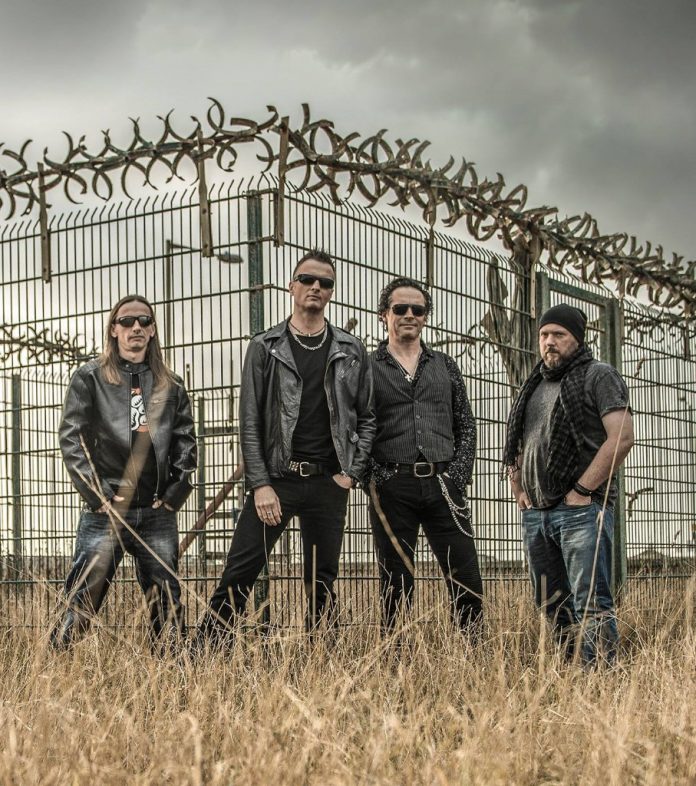 Classic Hard Rock outfit, Black Whiskey release ‘Cheat The Hangman‘ this Friday 02 November 2018. It is the first single from a new album due for release in April 2019.

It will be available across all digital download and streaming platforms and will be accompanied by a performance video, filmed by Tommy Roberts.

The last 2 years have been a tough road for Black Whiskey. Guitarist, Kevin Ingles was diagnosed with cancer following the release of debut album, Heavy Train, and treatment for that has taken its toll. Song writing, rehearsals and recording have all needed to be worked around treatment plans and just the ability to function.

But you can’t keep a good man down when there is music coursing through your veins and while Kev continues his battles, Black Whiskey are back with a new single, aptly titled, Cheat The Hangman.

Singer, Simon Gordon, explains, “It’s kind of an open secret that Kev has had several health skirmishes and now an ongoing war with cancer.  He’s working through that, but it means the band can only do so much.  The positive side of it is that, when Kev is well, he really gets on it and is very creative.  We all kind of just jump on and ride it while it lasts.”

He continues, “I remember that we were pulling a late one at rehearsals and Kev had this riff.  We were all tired but first thing the next day I was thinking over the whole situation.  That was where the main hook line came to me “We were born to cheat the hangman, we ain’t ever gonna die.” It just seemed quite apt.  I spent the rest of the day coming up with different snatches of lyrics and melodies and there it was.  It’s a simple song but it’s just about being in a rock ‘n’ roll band with the odds against you, whether that is illness or any other outside pressure like a fickle music fashion, and just fighting on through it regardless.”