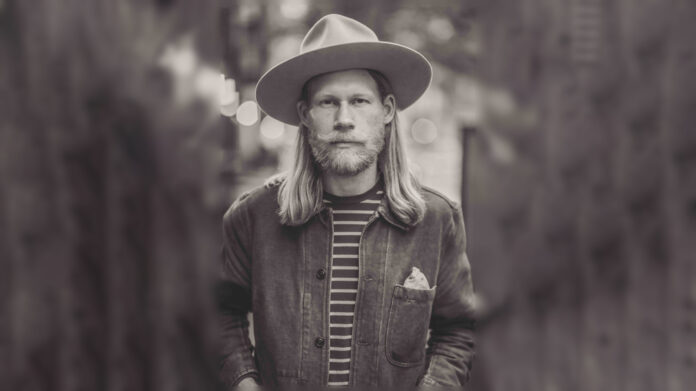 If Jarrod Dickenson’s third studio album, BIG TALK sounds like a mighty roar of defiance, that’s not a design choice or a marketing decision. The big Texan is settling scores all over town and he means every f*cking word.

So what happened in the years since the release of Dickenson’s soulful sophomore long-player, Ready the Horses, to have turned this honey-voiced southern gentleman into a brawler? After a major label deal-gone-bad threatened to choke off his career, Covid complications left him with a life-long medical condition and the Trump era sought to eviscerate the notion that America might still be that shining city on a hill, Dickenson would have certainly been forgiven for retreating to his Nashville home to lick wounds and maybe write a collection of introspective self-pity anthems. Instead, the hardships and infuriation of recent years have only added steel to the resolve of an artist already willing to do it the hard way, prepared to stand in the face of a music business that shows dwindling regard for the brand of artistry that first inspired him to pick up a guitar and sing for his life. In celebration of the release, Dickenson has announced a series of UK dates in March 2023.

The first single from BIG TALK is “Long Hard Look,” a swampy, gritty, low-down groover that asks listeners to examine themselves and how they treat those around them. “We live in an age where it seems our first instinct is to succumb to our darker nature,” says Dickenson. “We’re quick to make snap judgments about people and to attack anyone who thinks or acts differently than we do.” “Long Hard Look” suggests that everyone take a step back and ask themselves—just as the song does—”Are you picking up your brother, or are you knocking him down?” Watch its beautifully animated lyric video at this link.