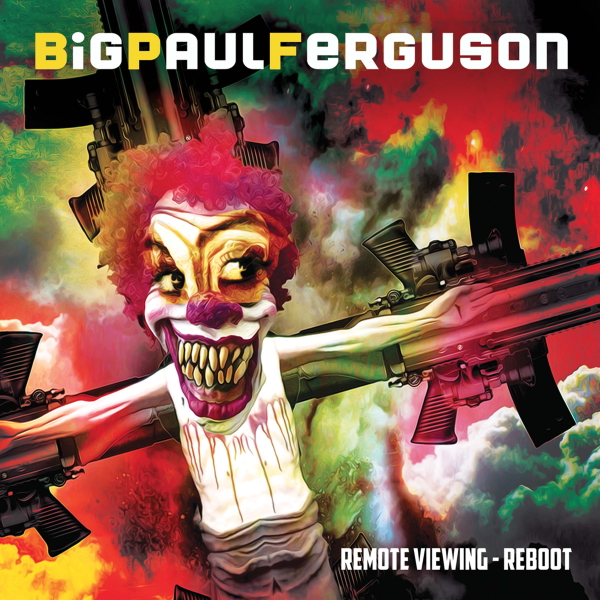 Benjamin Franklin declared that “in this world nothing can be said to be certain, except death and taxes.” The new video and digital single released today by Big Paul Ferguson, co-founder of the seminal post-punk/industrial band Killing Joke, suggests an addition to Franklin’s list – war. After all, Ferguson initially released his anti-war anthem “I Am War” back in 2018 – it was relevant then, and sadly it’s still relevant today.

Ferguson states “‘I Am War’ is an exploration of perennial struggle and humankind’s addiction to conflict.” To bring the theme of the song to life, Ferguson partnered with videographer Vicente Cordero of Industrialism Films, who uses news clips, nature documentaries, and performance footage to create a dynamic and captivating music video.

The song is part of a new release of Ferguson’s solo release Remote Viewing, a collaboration between Big Paul Ferguson and guitarist Mark Gemini Thwaite, whose resume includes The Mission, Peter Murphy, Tricky and various other artists. The album was borne from a collection of lyrics and rough musical sketches by Ferguson that quickly evolved as the pair explored their combined creativity. A scathing critique of the consumer lifestyle and brooding atmospheres of personal loss, Remote Viewing – Reboot is remastered and re-released and includes brand new remixes by Youth, DJ Mont, as well as new material. Mixed and co-produced by Mark Gemini Thwaite, the album will be available in all formats including CD and vinyl starting April 8!