BETH GIVES IT TO YOU 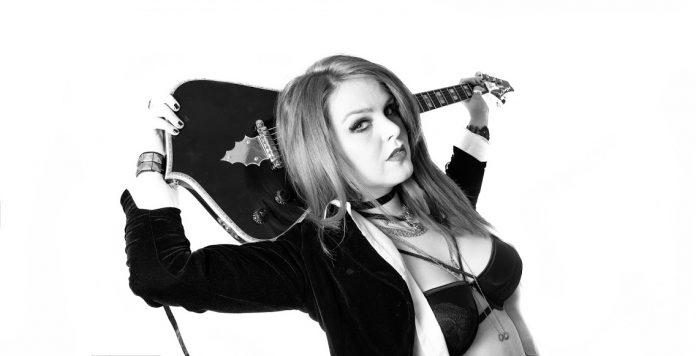 Following on from the success of debut album, “Bad Habit”, Welsh rockers Beth Blade And The Beautiful Disasters are set to return with their latest album, “Show Me Your Teeth”, which is set for a January 25th release.

In the two years since Blade and her band of beautiful disasters unloaded their debut album, the universally loved “Bad Habit”, they’ve gone from strength to strength. Wowing audiences as part of the KISS Kruise in November 2018 alongside The Dead Daisies, Ace Frehley, and Vintage Trouble, while picking up slots at Planet Rockstock and Hard Rock Hell in 2017, and wowing as part of numerous high-profile support spots.

While Blade herself appeared on Thunder’s latest single “Miracle Man” and is working on the soundtrack to the short film The Guiding Light alongside award winning composer Alex Norman, whose work has been used by Marvel Studios and 20th Century Fox.

All of which has led to the release of their latest record “Show Me Your Teeth”; a high-octane emotional rollercoaster of an album, filled to the brim with the same energy and ingenuity that saw them winning over crowds and critics alike. After two years of raising roofs across the country the band sound like a well-oiled machine and aren’t afraid to let rip with the party vibes on tracks like “Jack And Coke”, whip out the slow blues grind of the album title track or slow things down for the stunning power ballad “Crazy”. Elsewhere the massive choruses of tracks like “Who Do You Love Now” and “Secrets” and the duelling guitar work of “I Ain’t Got Nothin’ (If I Ain’t Got Rock N Roll)” scream of a band mastering their craft.

Guided by ever watchful producer Nick Brine (Thunder, Bruce Springsteen, The Darkness) Blade and her boys have pulled off a stellar second record that retains the energy and passion of their debut and carries forward their song writing ten-fold. With some huge announcements on the cards for 2019, It’s not hard to imagine them filling venues by the thousands in the years to come. Catch them now while you can.

Previous article
PICTUREBOOKS GET TURNED ON
Next article
THE WILDHEARTS RENAISANCE