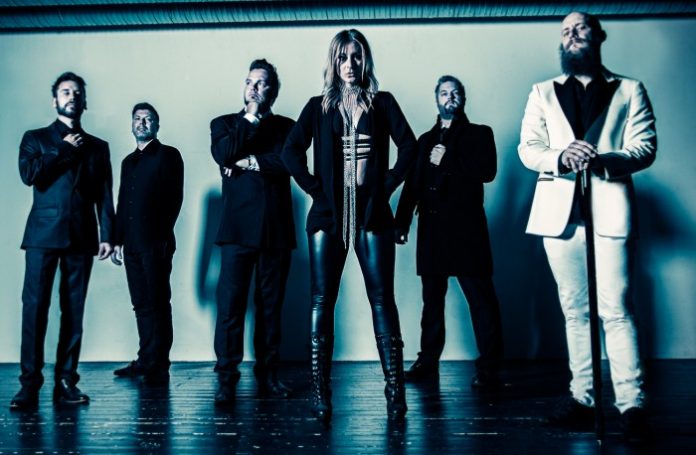 In October 2015 Beseech signed a new worldwide record deal with Swedish label Despotz Records. After a decade out of the spotlight, the Swedish goth metallers will return with a new album.

The band’s new album, ‘My Darkness, Darkness’ is set to be released 4th March 2016 and Beseech are giving their fans an early taste of whats to come by releasing the track ‘The Shimmering’. Discussing the track the band state:

‘The Shimmering is dedicated to the people that don’t get along with their destiny. It is also a proper introduction to our upcoming album ‘My Darkness, Darkness’

In 2003 founding member Klas Bohlin (guitar) decided to leave the Beseech to focus on other musical challenges… the “old” era of Beseech was put to rest. In the summer of 2012 Beseech was brought back to life again by original members, Klas Bohlin (today vocals) and Robert Vintervind (guitar). After some successful jams their new material sounded more Beseech than ever, back to its roots with delivering the same characteristic melancholic feeling, but in a new mature way. Shortly after, Manne Engström (guitar) re-joined the band and Beseech entered the “classic Beseech studio”, StudioMega/Fascination Street during the fall of 2012 to figure out the new direction of the band.

The new direction can be described as a continuation of their critically acclaimed album Souls Highway from 2002, but with a modern twist and a vintage oriented sound. The music today is written by Klas Bohlin, Manne Engström and Robert Vintervind, combined and arranged with personal input from the entire band. The lyrics are written by Klas which he describes as ‘a theme of stories from a desolated borderland, where we live in symbiosis with the darkness and the light. Constantly we want to be reminded of our good deeds and bright memories, while we are silent about the diseases, tragedies and losses.’