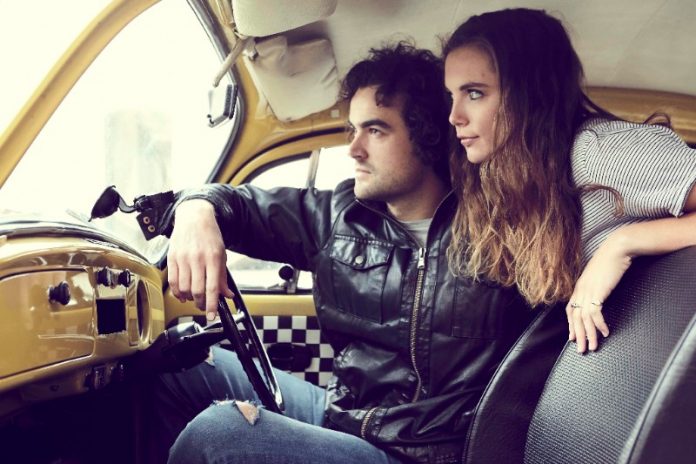 Ferris & Sylvester have announced their debut EP The Yellow Line, due for release on June 23rd. To mark the announcement, the folk/Americana duo have released their new single ‘Berlin’.

Leading with Ferris & Sylvester’s beautiful harmonies and rich finger-picked guitar,’Berlin’ is an indie-folk epic which addresses the frank process of surviving a bitter break-up.

Regarding the single the band say, “‘Berlin’ tells the story of a love coming to an end. The song doesn’t romanticise the situation or shy away from the stark reality of it; it shows the confusing, awkward and lonely journey of leaving someone and where that can leave you. ‘Berlin’ was the first song that we recorded in Space Mountain Studios with Youth and his team. We had loads of fun experimenting with the sound of this song, making it both intimate and epic.”

‘Berlin’ follows the release of Ferris & Sylvester’s debut single ‘Save Yourself’. The bittersweet love song has received support from BBC Radio 2 and BBC Introducing, and is also taken from The Yellow Line EP.

Elsewhere on the EP, ‘Cold Summer’ is a heart-warming folk ballad with themes of loneliness among distinct harmonies and stunning strings, while ‘This Is What You Get’ closes the EP with a smooth blues-influence.

Speaking about the EP Ferris & Sylvester say, “The Yellow Line EP is our first record as Ferris & Sylvester. For both of us, it felt essential that our first release was centred around our storytelling. Each song tells a different story; from sitting on a busy train at rush hour, to pining for the memory of someone lost, to begging for a broken heart, to getting your heart broken. We feel it sets the tone for what’s to come with our music.”

In early 2016, the London based West Country duo caught the ear of legendary producer Youth (Paul McCartney, The Verve, Crowded House). He invited them to record at his studio in Spain, where The Yellow Line EP was recorded.

Previous article
Delirious Delirium
Next article
REVIEW: TANKARD – ONE FOOT IN THE GRAVE (2017)