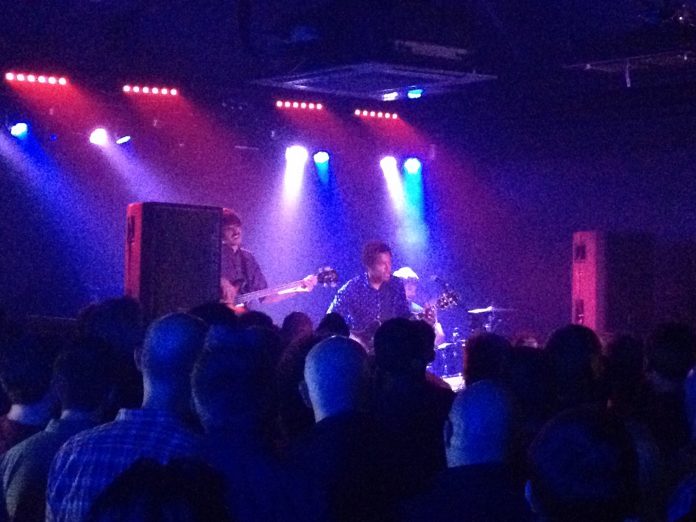 Can the hotly tipped US hotshot live up to the hype?

Rock stars are supposed to exude star quality and be unapproachable. If that’s true then no one told the friendly, quietly spoken bloke who let MV past him on the stairs up to The Bodega. He’s carrying a beer and he smiles, spotting our Maiden top: “Cool T-shirt man,” he says, before carrying on about his evening.

The rest of his night is pretty well sorted. At 9pm – or to put it another way – about an hour after the laid back encounter – the man who liked our 2006 tour attire is about to rock the Bodega. Oh and by the way, he’s appeared on David Letterman, you know, the biggest chat show in the world. Who says you need an ego to succeed?

Y’see, the unassuming fella we ran into on the way into the venue was Benjamin Booker. The New Orleans native is just about the most hotly tipped singer-songwriter around right now. One listen to his simply incredible debut, self titled album tells you why. One part blues, one part soul and a whole heap of rock n roll, it’s a hedonistic channelling of genres that could have come straight off the Treme. The only question is whether he can replicate the bar room feel in a live environment?

The answer is simple: hell, yeah!

Right from the second they arrive onstage, Booker and his two bandmates Ben and Alex, set about bringing just a little of the Deep South to the East Midlands.

From opening tune “Always Waiting” this is all delivered with passion and seemingly with just enough spontaneity to keep it fresh.

There is no trick here – just good, honest, bar room and rock n roll. The raw energy on show is what lifts this above the norm and on occasion your mind wanders to the not inconsiderable thought that this must have been what it was like to see Springsteen in the early 1970’s when he was as hungry as this.

A short set (“we only have one album, there’s like 10 songs – let’s get this over with,” Booker laughs before “Spoon Out My Eyeballs”) tosses out “Violent Shiver,” which is perhaps the pinnacle of the record and hits the heights again here, towards the end. Best of all, perhaps, is “Have You Seen My Son” which really cuts loose and finally sees the three piece completely unrestrained, right down to the almost metal jam.

The heavy vibe continues for the (sort of) encore, which sees Booker hand his guitar to the crowd, members of whom just improvise a feedback drenched riff. Strange, perhaps, but in keeping with a show that didn’t adhere to rules on a regular basis and frequently appeared to be entirely off the cuff.

It’s too early to tell whether, on the strength of one record, a new star is truly born. That said, if tonight is anything to go by you can start to believe the hype.