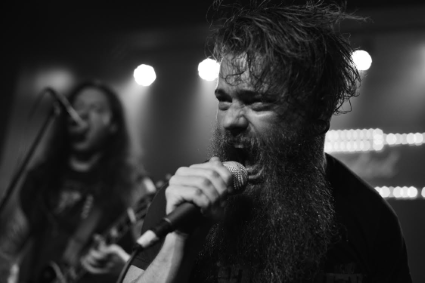 Billy Anderson produced stoners release new one
Los Angeles stoner/doom metal band BEHOLD! THE MONOLITH will release new album Architects of the Void September 29 on CD, digital, and vinyl formats.
Legendary producer Billy Anderson has expertly harnessed the band’s smoke-belching locomotive style, while the songwriting is the most captivating of the quartet’s career. Guitarist Matt Price had this to say about the results: “It’s a relatively dark album, which is probably fitting. A few of the riffs and ideas had pretty much coagulated right before Kevin’s accident, and most of the others were colored by it, so yeah it feels kinda heavy and dark to me. I hope I don’t sound like a high falootin’ artisté, but it felt personal for me and Chase, so it wound up being more than just stringing riffs together, ya know? That being said Cas and Jordan came in and kicked ass and brought their own stamp to the sound. So it’s a bit different, but I think it captures the essence what Behold! The Monolith is all about!”

Architects of the Void follows critically acclaimed 2012 releaseDefender, Redeemist and marks the debut of vocalist Jordan Nalley who took the reigns following the tragic 2013 death of Kevin McDade in a car accident. The album will also be the first for new bassist Jason “Cas” Casanova (SASQUATCH).

Produced/recorded and “Engine-Eared” by Billy Anderson(Pallbearer, Leviathan, Agalloch are some of his most recent work… besides the usual High on Fire, Melvins, Neurosis references that you always hear about). 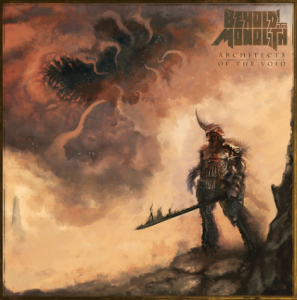 Between Oder and the Vistula

Architects of the Void