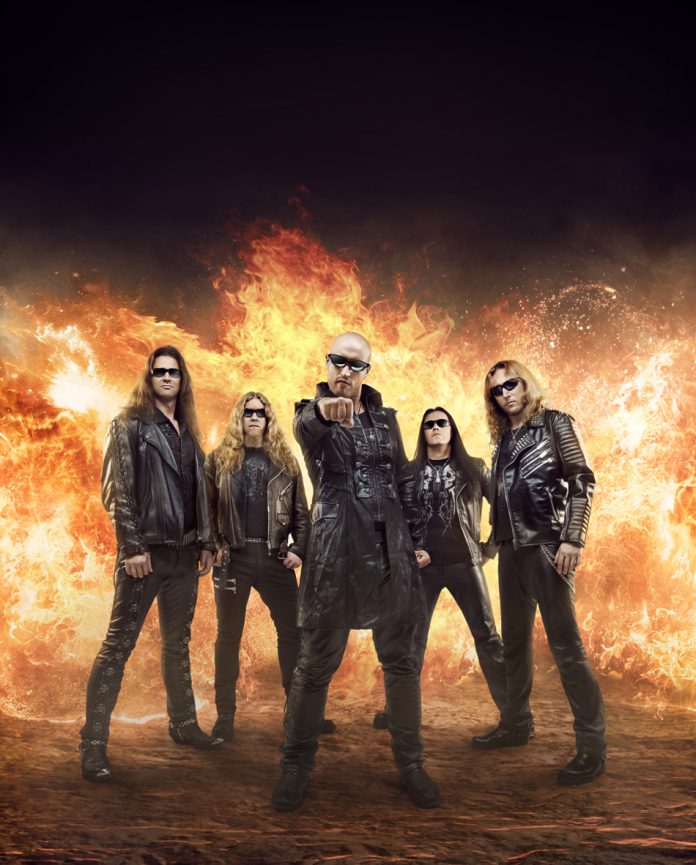 Less than one year since the release of their enormously successful debut album Berserker, up and coming metallers BEAST IN BLACK are currently putting the finishing touches to their highly-anticipated sophomore record in guitarist Anton Kabanen‘s home studio. But before fans can listen to the group’s new tunes, the band are ready to reveal the title of the album, which will see the light of day on February 8th 2019 through Nuclear Blast.

The band commented, “Sometimes it felt like hell working so much and so hard on the second BEAST IN BLACK album, but we put our hearts fully into it. Well, this is for you guys, From Hell With Love!”