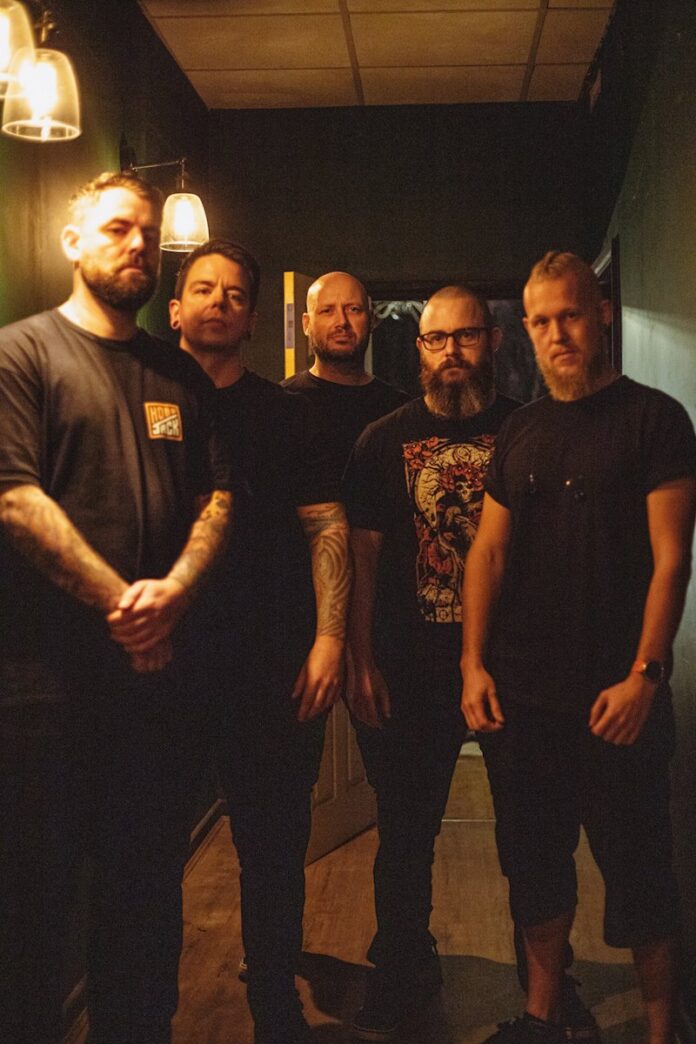 Bridgend in South Wales has produced some musical titans, notably Funeral For A Friend, Bullet For My Valentine, and Those Damn Crows. And now I FIGHT BEARS are poised to be added to that esteemed list, aided with the release of their much-anticipated new EP, Liberosis, which is out on Friday 24th June. The Welsh hard-hitters will also drop a killer new single, Beacon, on Friday 17th June.

Fortifying metalcore and traditional heavy metal, I FIGHT BEARS weave burly, potent metal riffs, and wield them with thumping rhythms and a two-prong vocal attack that will floor anyone within earshot. The Brit metallers started with a bang and set loose their self-titled debut album in 2018. The release was widely lauded by industry tastemakers with Metal Hammer placing the band on their cover CD, exclusively streaming the album, and backing the metal quintet with a feature in the magazine. Other praise for the record offered warm comparisons to Lamb Of God, Parkway Drive, and Killswitch Engage. I FIGHT BEARS’ trajectory increased further with the release of a thunderous cover of the classic Spandau Ballet song, Gold. The band’s live reputation has soared with prominent support slots with the likes of Bleed From Within, The Word Alive, Continents, Perpetua, inVisions, Ghost Iris, Avira and Skies In Motion.

The UK riff slingers returned last year with the blistering track, Chainbreaker – https://youtu.be/FpaRD3HENvg . The single marked the rebirth of the band, and is featured on their brand-new EP, Liberosis, along with previous single, Damaged World – https://youtu.be/WzCehVTsP0o . Drew Hamley, Clean Vocalist and Bassist, comments about the creation of the EP: “Liberosis is a culmination of 2-3 years’ work, demoing, re-writing and re-tooling these 5 songs to a place we are all happy with. This EP for us is a step in a new and fresh direction, shifting the overall tuning and re-imagining what I Fight Bears means as a band moving forward.”

With current support from Kerrang! Radio now in full flow, extensive live shows and festival appearances are expected throughout the Summer. For announcements, hit up the band’s socials for updates.