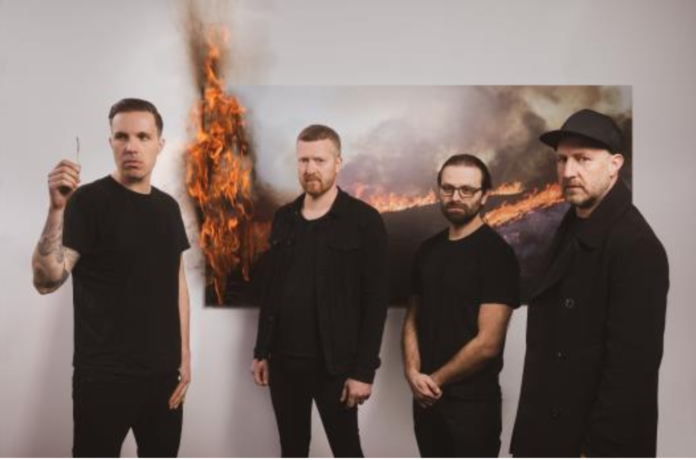 After the first single “Kamilah”, LONG DISTANCE CALLING will release the second single “Giants Leaving” on 27.05.22, from their album “Eraser”, which will be released on August 26th.

With a concise and elegant rush of sound, an irresistible four-to-the-floor beat and some of the sharpest hooks in LONG DISTANCE CALLING’s history, “Giants Leaving” is dedicated to the albatross.

“The song is dedicated to the albatross, unfortunately, one of many species facing extinction. The albatross is a beautiful and majestic creature, soaring across the skies with the largest wingspan in nature. The albatross is one of a few monogamous species, making it more challenging to mate in an increasingly dangerous and overfished environment, decreasing food availability and ongoing pollution.” – Long Distance Calling

The eighth album of LONG DISTANCE CALLING Eraser is a direct and intimate tribute to the gradual erosion of nature by man. Thus, the band has dedicated the album to the endangered species of the world, with each song representing a particular creature threatened with extinction.

Produced by Costin Chioreanu and similar to the first video, “Kamilah”, the 3-minute video to “Giants Leaving” makes use of creative animations that play with different facets of the albatross. It premieres at 3 PM CET.

Watch the official video for “GIANTS LEAVING” here (as of 3 PM CET):

Sweeping, progressive and endlessly inventive, Eraser is unmistakably another high point in the career of these passionate, musical individualists. When a worldwide pandemic threatened to throw LONG DISTANCE CALLING off track, they put their energy into new music, writing their best album yet.

European tour dates are currently being booked for 2023.