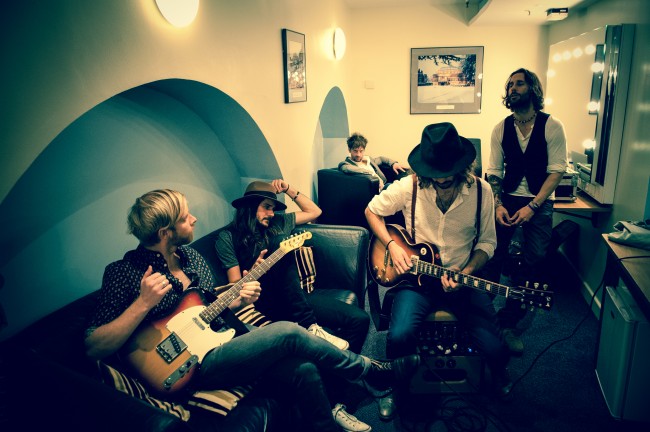 The Temperance Movement have got plenty of news.  We know you’ve been waiting for it, and the band have at last announced their new studio album – ‘White Bear‘!

The follow-up to the band’s self-titled debut album, ‘White Bear‘ is due to be released on January 15th, 2016, featuring ten brand new, stomping blues-rock anthems.  And better yet, you can pre-order it right now!

‘White Bear‘ is available on CD and coloured vinyl, including a limited number of signed CDs and LPs, and you can also get the album in a range of t-shirt bundles.  All signed and limited edition products are first-come, first-serve, so reserve your copy now at http://www.earache.com/ttm

You can also pre-order the album now on iTunes, which includes an exclusive bonus track, plus you’ll even receive the brand new single “Three Bulleits” instantly!  Pre-order your copy on iTunes now at http://bit.ly/whitebear-itunes

If that wasn’t enough excitement for you for one day, you’ll also be pleased to know that The Temperance Movement have confirmed a UK tour in support of ‘White Bear‘, which kicks off the day after the album’s release!  Don’t miss the band at the following shows:

All tickets and bundles are available at http://thetemperancemovement.com/whitebear