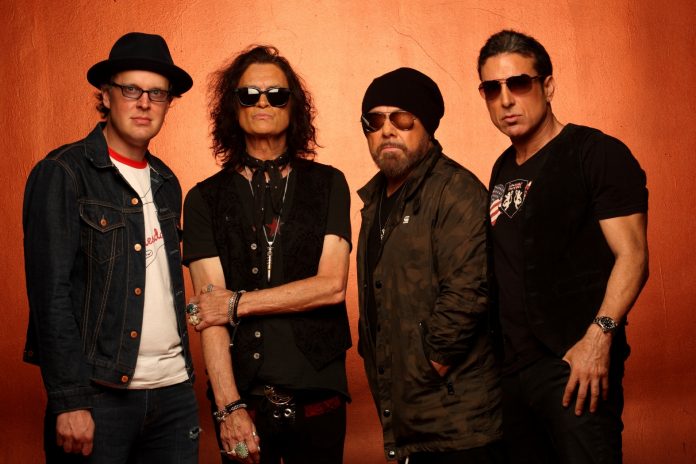 The song represents a subject very close to the heart of Glenn Hughes as he explains. “Joe captured the mood brilliantly on this song. I’m still shaking my head in astonishment. I wanted to write a song about my love for dolphins. Each year thousands of these beautiful Souls are murdered by Hunters in the coastal town of Taiji Japan. They are drove into the Killing Cove and brutally slaughtered. I have been working with Ric O’Barry from the Dolphin Project for four years, and told him I had written a song about this senseless & horrific scenario for BCCIV, that has been happening for decades.”

He continues, “my heart aches as I watch on live stream on what happens in the Cove. I ask you all to listen to this song and understand how deeply affected we all are as animal and sea life protectors. The Dolphin Project has changed my life, and to my dying day I will be of service to be a protector of all inhabitants that live in the sea. Thanks to Ric and his son Lincoln for supplying the footage.”

Just like its three predecessors, ‘BCCIV’ was overseen by Kevin Shirley, whose catalogue of hit records for Led Zeppelin, Iron Maiden, Aerosmith, Journey, The Black Crowes, has made him the hottest producer that rock music has to offer. Shirley, who originally had the idea of putting Hughes and Bonamassa in a band after seeing them jamming together onstage in Los Angeles back in November 2009 – is the group’s unofficial ‘fifth member’.

Black Country Communion is an earth-shattering combination of American and British rock influences—a bona fide super group that conveys to the world a simple but important message: classic rock is alive and well and in good hands in the 21st century. Their communion together forms something that is greater than the sum of its parts, creating a legacy being cemented within the halls of music history.

Previous article
Follow On
Next article
Love A Deeper Cut