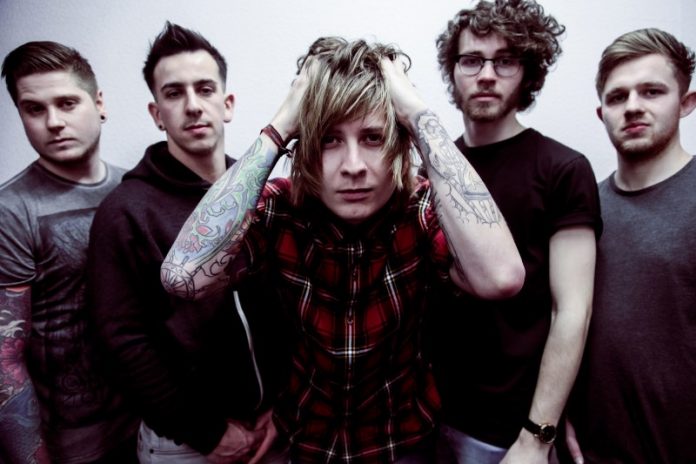 Bridgwater post hardcore 5 piece Cardinal Bay have announced the first details of their second EP. Recorded at Bandit Studios with Jonny Renshaw (Devil Sold His Soul), ‘Answers‘ will be unleashed on the 13th of May 2016.

Hell bent on impressing with their live experience, Cardinal Bay have been compared to bands like Mallory Knox, Chiodos and Saosin. Such comparisons pile on the pressure to deliver, yet the band embrace the challenge of being mentioned in the same vein as the bands that inspire them.

Can’t wait for the new EP to drop? Well you’re in luck, as Cardinal Bay have released a sneak preview of the first single ‘Answers’, which will drop on the 18th of March.

Cardinal Bay comment:
‘Answers is our second EP but the first that we’ve put everything into. From jamming in the practice room, through the development and building process, to taking the demos to Jonny Renshaw (Bandit Studios) to record.
We’ve not only been on personal journeys over the last year and come together stronger as friends, even our new logo is a symbol for friendship, each ring representing each of us.’

We are proud to have created something that we feel captures the individual creativity and personal influences of every member of the band.
‘Answers’ perfectly represents the ‘Cardinal Bay’ sound our fans will already know and love and hopefully it will strike a chord with new listeners too. We’re ready now to stamp our mark in a music scene we love and have been inspired by for a very long time.’

Following their formation in early 2014 Cardinal Bay spent their first year together writing and recording their blistering debut EP ‘Way Back Home’, which was self released in April 2015. Summer 2015 saw them on tours with Amaryllis, Lost Atlanta, Chasing Cadence and Breathe in the Silence, be main support to Funeral for a Friend in Yeovil, as well as playing main stage at the UK’s biggest youth music festival Butserfest.

Cardinal Bay have announced a series of shows up and down the country. You can catch the band at any of the following shows: