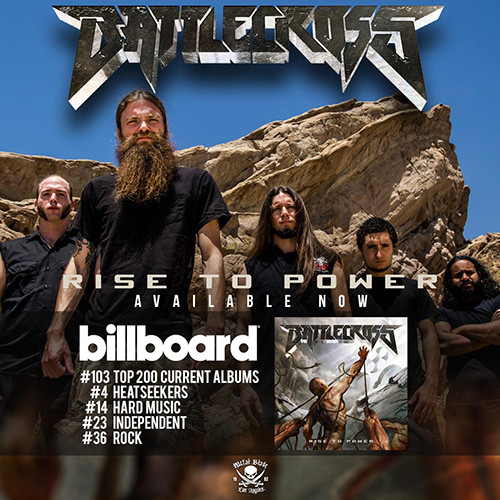 Thrash is back, and its in the charts

Guitarist Tony Asta comments: “We love our fans and I often say they are the best on the planet. You know it must be true because we are proud to announce “Rise To Power” charted well, thanks to you. Thank you all for your support, see you all on the road!”

The album can be purchased on iTunes, Amazon, Google Play,Bandcamp and directly from Metal Blade Records.