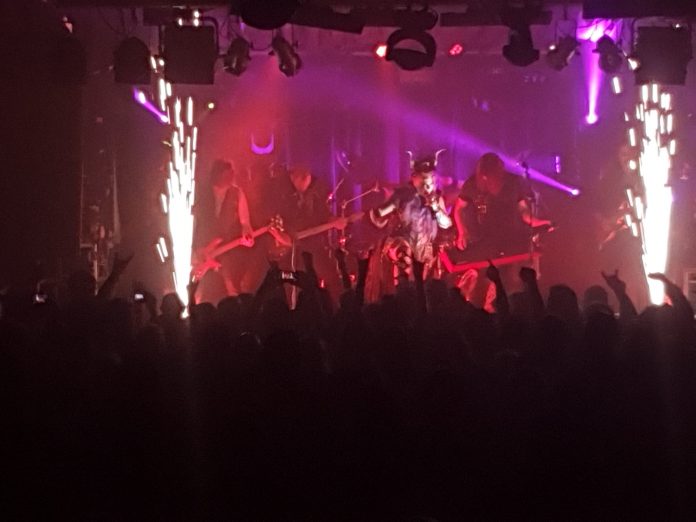 I’d love to say that the massive queue to get in here was for this gig, but it has more to do with the fact that pop sensation Lewis Capaldi is next door in the main room.

That said, come 8pm, we’ve got all we need here in the middle one (and there’s a reasonable turn out early too) because CyHra arrive. Melodic metal stars in waiting, they’ve just released the quite fabulous new album “No Halos In Hell” which is surely set to propel them to another level.  The band clearly think so too, given that they play much of it over 45 glorious minutes.

Not before they’ve started with the title track of “Letter To Myself” and shown they’ve always had fabulous songs.

I stand by the thought, though, that the likes of “Bye Bye Forever” are just classier and more polished than before, and the heartfelt “Battle From Within” means so much to Jake E.

You don’t want to keep talking about the bands they’ve all been in previously, but let’s just say, the fact they’ve been in the big leagues is clear, just from the way they carry themselves and the sheer size of Euge Valovirta’s riffs.They are arena bothering throughout, indeed he takes centre stage on “Here To Save You”. “Man Of Eternal Rain” and one of “….Hell’s” real highlight’s, “Out Of My Life” provide a real crescendo. CyHra have it all. They really do, and they have future headliner written all over them. 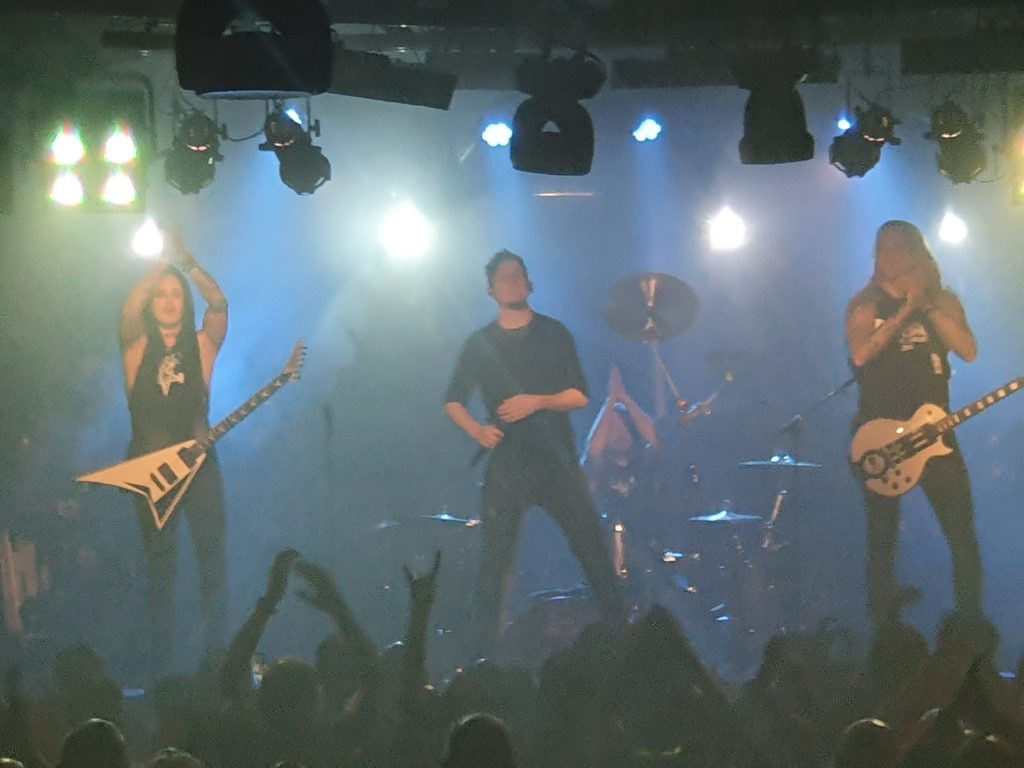 Not for nothing, do you suspect, are Battle Beast happy to be here. Singer Noora Louhimo says it first, before Eero Sipilä offers “after 11 years, here we are in the home of metal”. He then plays a bass riff of Black Sabbath to emphasise the point. See, the thing is, Battle Beast sound almost exactly what people who don’t like heavy metal think it sounds like.

From the name to the sonics, it knows that denim and leather brought us all together and always will bonds us as well.  Right from the minute that “Unbroken” starts this is a celebration of everything great about metal. Old(ish) song “Black Ninja” even sounds like “Holy Diver” for good measure.

BB are pros, though. Halfway through the 80s AOR of “Endless Summer” – genuinely, I can see David Coverdale stealing this for Whitesnake at some point –  they lose power, no matter, they calmly play “Last Christmas” and resume where they left off.

Power, ironically, more than most, is what BB exist on. “Raise Your Fists” is a masterclass on how to do epic, and likewise “The Golden Horde”is wonderful but knows the thing is OTT (“do you want more Keytar?” enquires Louhimo). They even let fireworks off for here.

“Out Of Control” – only smoke machines on this one- gets its fists clenched, but the feeling that tongues are never far from cheeks is made flesh by the Battle Beast Disco Invader (don’t ask) but they are better when they play actual songs. “The Hero” is parpingly impressive, even with the Pilates session in the middle (I’m only half joking).

Battle Beast playing “The Bastard Son Of Odin” is so metal it’s like we’re through the looking glass, except the next line is “Born To Kick Your Ass” and there’s more synchronisation here than a Status Quo show.

“Your Eden” soars – but that’s a given – and when they encore it is with the title of the latest album “No More Hollywood Endings”, before “King for A Day” and an utterly bombastic “Beyond The Burning Skies”, herald the obligatory “horns up” selfie.

The key to this is simple. After she high kicks her way through the aforementioned “…..Odin” Louhimo says “are you having fun? Cos I’m having the time of my life.” What else is there to say? The pop fans next door wouldn’t get it (and we don’t want them to, let’s be honest) but to the converted, this was as good – and downright wonderfully ludicrous – as it gets.

I’ve just written over 650 words here. four would have done to sum up either band: Absolutely unashamed and brilliant.