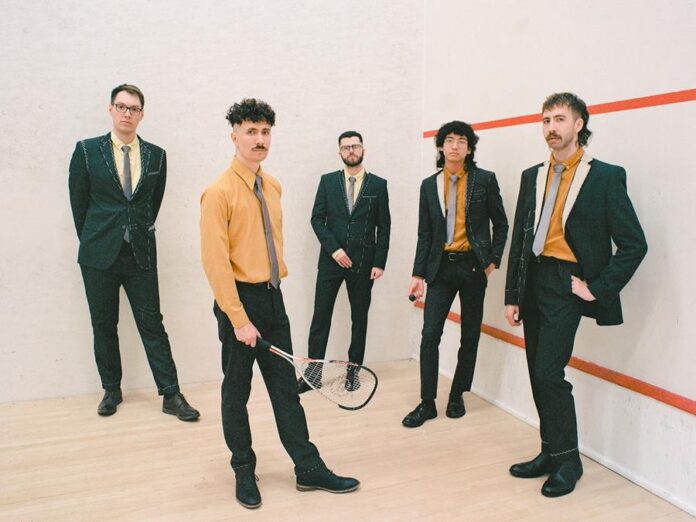 When Youth Sector first emerged with 2020’s debut EP Mundanity, they immediately marked themselves out as a band capable of pulling at life’s chaotic threads with an un-nerving dexterity. Their music works as a tightly coiled spring, loaded with the threat of unpredictability that – via the influence of art school greats like DEVO, Parquet Courts and Talking Heads – explodes with lawless, free-wheeling, joyous abandon.

While it is fair to say that thematically the band takes great pleasure in skewering the concept of a Cruel Britannia – they themselves viewing a world strewn with inequality and a failing-upwards political class – the Brighton art-rock 5 piece never revel in bleakness. They manage to twist everyday narratives into music that is quite the opposite; upbeat, and full of positive energy and earworm melodies.

Lead single “Self Exile” takes a more inward look, exploring the stubborn side of human nature, and long-term damage for short-term gain. Lead guitarist and vocalist Nick Tompkins explains: “Self Exile is about feeling self-destructive, cutting your nose to spite your face, and wanting to push yourself away from those around you as punishment. The lyric “That should do it this time” is written in the mindset of thinking you’ve finally hit someone’s final nerve.”

Self Exile is out now via Family Values. Listen on DSPs here