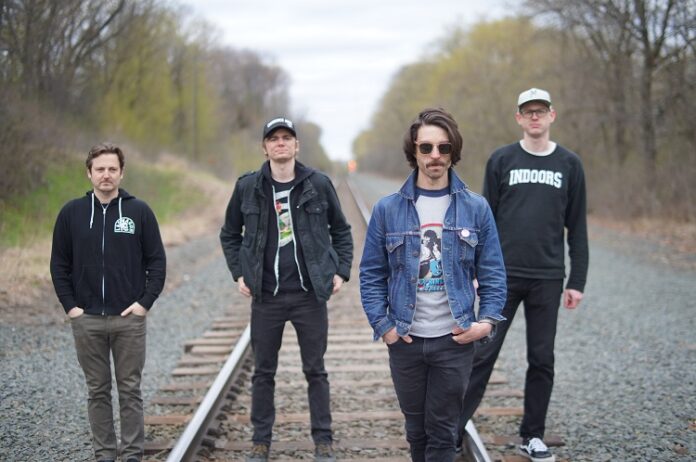 The Right Here (TRH) is a twangy punk rock ‘n roll band from Minneapolis. Forming in 2010, they’ve put out two full lengths and an acoustic/ b-sides record on Rum Bar and Throwing Things records. TRH have toured across the United States and Canada, including playing several festivals such as, The Fest, Pouzza Fest, Big Turn Music Fest, Dude’s Weekend, and One Last Party.

The Right Here turns a new page with their latest release, ‘Northern Town.’ Their fourth record is an anthem dedicated to the late nights we’ve all experienced. From reminiscing about the ones that got away (or for being better-off), feeling trapped, spending time with the best of souls at your favorite local haunt, and asking yourself, “what if?” ‘Northern Town’ explores a narrative to which we can all relate. The grit and wisdom gained since their previous release comes through in the melodies and lyrics from start to finish. Buy ’em a round at their next tour stop, and they’ll return the favor.