BAND OF THE DAY: THE ZEPHYRS 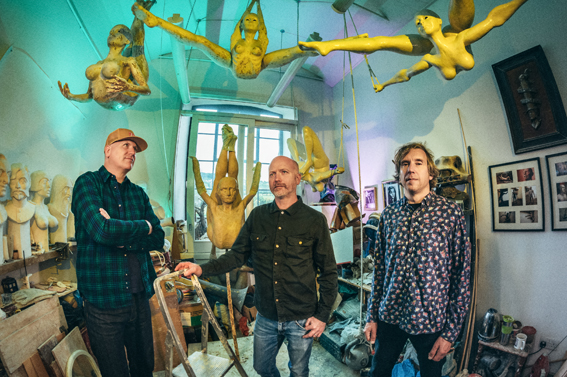 Scottish veterans, The Zephyrs will be releasing their sixth album, For Sapphire Needle on 27th January 2023 via Spanish label, Acuarela. Today, they release the second single from the album, entitled “Blue In The Face”.  An upbeat example of psychedelia-inspired pop with a huge melodic hook that embraces elements of folk, rock and shoegaze, straddling Big Star to Jesus & Mary Chain.  Pre-order album HERE

Watch/share the video for “Blue In The Face” HERE

Stuart Nichol says “‘Blue in the Face’ was one of the last songs we wrote for the album. Starting off as Dylan-inspired chords, it roughed up into something more power pop when I happened to play it through an old Vox 125 Lead in the studio. A vintage Wurlizer pushed it towards the Belles, Michael Brennan’s production pulled it towards the Mary Chain, whilst the words channel Frightened Rabbit. It fits uneasily into a tradition of west coast inspired Scottish alternative pop.”

The video was produced and directed by Spanish art student, Eduardo Ruiz Torres.

Originally conceived as a series of EPs, the album’s recordings span a year of sessions with long-time collaborator and producer Michael Brennan at his Substation studio, next to a naval port in Rosyth. With songs ranging from short and tightly constructed country-folk introspections to sprawling, spaced-out psychedelia, and a killer Spaghetti Western instrumental.

The Zephyrs, Stuart Nicol, David Nicol and Robert Dillam are joined on this album by collaborators: guitarist John Brennan and keyboardist Will Bates.

The Zephyrs will be performing songs from the new album live at the HMV store on Princes Street in Edinburgh on Saturday 28th January.   Tix Here.