BAND OF THE DAY: THE WINTER PASSING 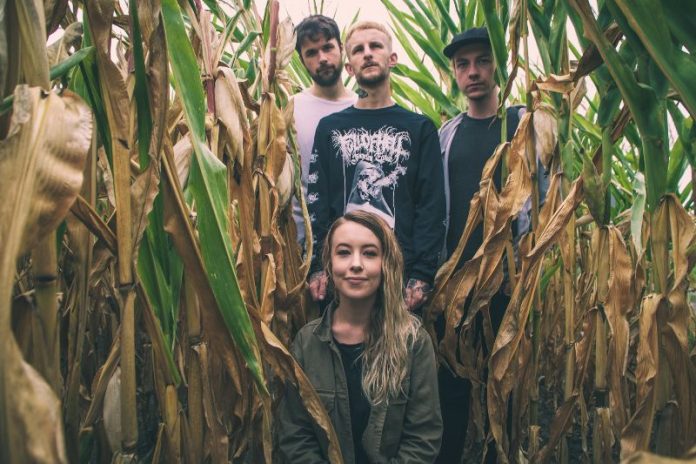 Dublin indie-punk band The Winter Passing are headed out on a European tour with The Wonder Years in February and releasing a brand-new track to celebrate. ‘Original Sin’ is a hook-laden, self-searching ode to someone close, admitting and coming to terms with one’s own struggles.

The exciting band, fronted by brother / sister duo Rob and Kate Flynn, have toured all over the UK, EU and USA with the likes of Tancred, Joyce Manor, Martha, The Front Bottom, Julien Baker and many more – their charm and explosive live show winning them life-long fans everywhere.

Lead singer and guitarist Rob Flynn had this to say about the new track: “I wrote the lyrics when my mental health was at an all time low and I was in a social situation I should have known best to avoid. I ended up legging it out of there and walked to my house almost two hours away on the far side of the city to try clear my head. For me the song is about being in a social situation and trying to be a part of a conversation, but you feel like nobody is listening. You feel invisible, and start to question your reality, as if you don’t believe you are really there in that moment.”

The Winter Passing have always fearlessly followed their own path, an approach fuelled by their distinctly collaborative nature. Every member brings a unique set of skills, influences, and perspectives that coalesce into a sound that is difficult to categorize but easy to love.

On their debut LP, 2015’s A Different Space of Mind, the band created an infectiously raw mix of punk energy and indie rock quirks that garnered critical acclaim. When the time came for a follow-up, they sought to create a record that built on that adventurous spirit and further utilized each member’s individual musical sensibilities. The band recruited legendary producer J. Robbins (Against Me!, The Promise Ring, Texas Is The Reason, Jets To Brazil) to help execute their vision in the studio, and the result was the Double Exposure EP – an incredibly dynamic release that effortlessly bridges the gap between anthemic punk rock melodies and the spunky complexities of ’90s alternative.

The Winter Passing have never shied away from intensely personal lyrics in their work, but on new track Original Sin the band write with an even deeper vulnerability.