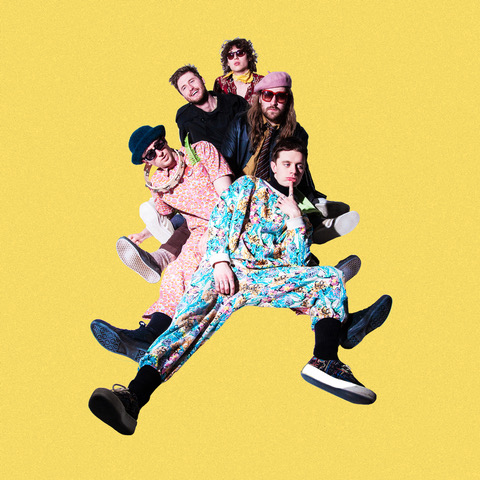 After building up a reputation for their scintillating live shows around the UK and Euope, now comes the time for the five-piece to unleash their blistering garage rock on the rest of the world, starting with the punchy, bassline driven ‘I Don’t See You Dancing’.

Bottling the exuberant essence of Youth And Young Manhood-era Kings Of Leon and matching it with the ferocious snarl of Iggy Pop and the compelling lyricism of Lou Reed, The Slaughter House Band wear their nostalgic influences on their sleeve, but experiment with infectious guitar licks and shine a spotlight on singer Raz Hyland‘s quintessential raspy vocals to keep things sounding fresh.

Explaining the track in more detail The Slaughter House Band say, “‘I Don’t See You Dancing’ is a bitter and judgmental howl into one’s own ear. It’s that little voice in your noggin that tells you to put down the wotsits, put your crocs on and do something. It’s critical, it’s cruel and it’s confusing but it pours the diesel onto your creativity.”

It also comes alongside an irreverent set of visuals filmed and directed by the band’s friend and artistic collaborator Josh Fletcher. Capturing the essence of the music video the band say it’s, “Utter nonsense, Wes Anderson eat your heart out.”

Conceived out of an industrial estate warehouse in the seaside town of Fishersgate near Brighton, The Slaughter House Band have spent the past few years cutting their teeth playing in venues around the UK and across Europe, building a dedicated fanbase with just one track online, and honing a gloriously chaotic live show.

The new single comes before The Slaughter House Band head out on a European tour this May, comprising of six dates across Germany, The Netherlands, Belgium and Luxembourg, and marks the beginning of an exciting new era for the band, who are armed with a fresh batch of new music.

‘I Don’t See You Dancing’ is available to stream now, with more new music following soon.