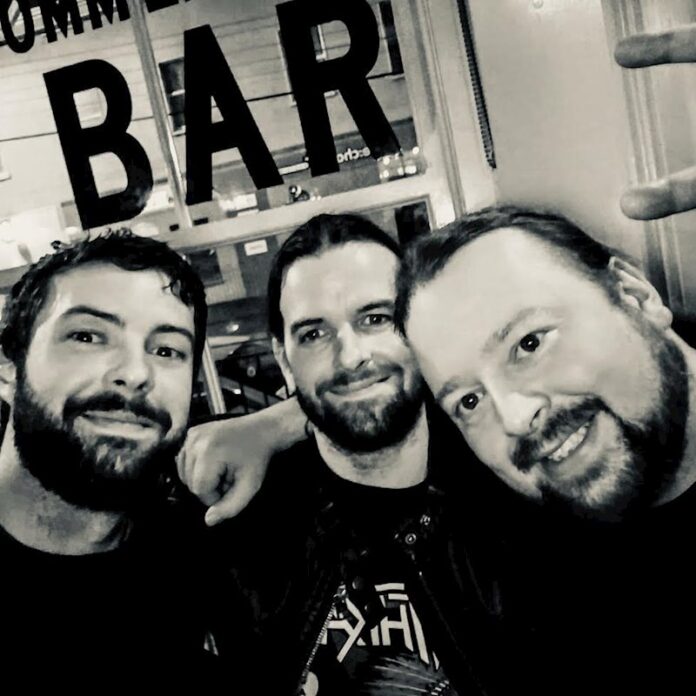 Listen to ‘The Escapist‘: https://www.youtube.com/watch?v=hqzvTH4Qgmc

The Enigma Division have produced one of the most captivating debut albums you’re likely to hear in 2023.

With new music being teased as far back as last 2019, The Enigma Division immediately caught the attention of Prog fans from around the world with their string of independent releases, ‘1977’, ‘Afterglow’ and ‘Clarity’, which all individually raised the bar to greater heights upon release, thanks to their unique mix of ’80s synth, Progressive Rock and Technical Metal as well as eye-catching videos’, from Very Metal Art.

Today sees the first new music from the band in the form of ‘The Escapist‘ – an eye watering display of musicianship and songwriting that will please a wide variety of fans who enjoy the sounds of Rush, Liquid Tension Experiment and Opeth.

Speaking of the band’s formation, guitarist Conor McGouran explains: “The Enigma Division started as the brainchild of myself and Ronan Burns. We both have quite a wide range of musical tastes and the idea was to create a sound that combined all of those influences and make it our own. It‘s become a sound we refer to as “Tech-Noir” as it incorporates our love for atmospheric 80‘s synth music, film score and science fiction combined with extremely groove laden heavy riffs“.

McGouran gives an insight into the new single; “‘The Escapist‘ is a song about having profound feelings of dissatisfaction about where one is in life, but creativity is the one thread that helps overcome an existential crisis. Musically I guess Nevermore, Fear Factory and Brad Fiedel were the driving influences on this one. It was also my first venture into using 8 string guitars.”

The bands self-titled debut album is due for release in early 2023 with more singles/videos set for release soon.