BAND OF THE DAY: THE END OF THE OCEAN 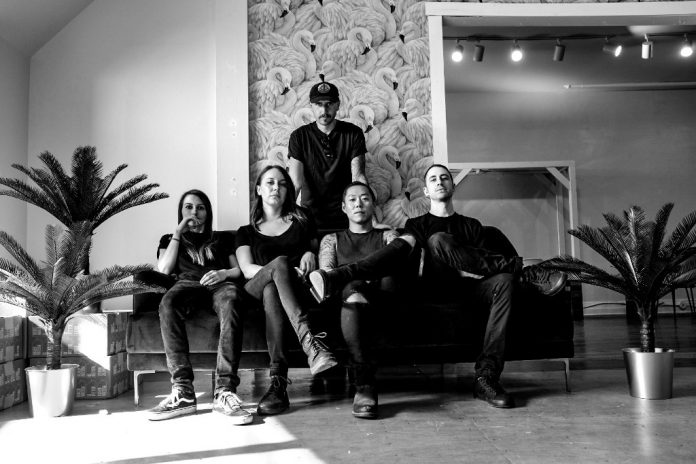 Columbus, Ohio based post-rock band, THE END OF THE OCEAN, shared their newest sprawling single, ‘desire’, yesterday via a premiere with Revolver Magazine. ‘desire’ follows the band’s highly anticipated return to releasing new music with ‘bravado’ earlier this month. Both tracks will be featured on their upcoming sophomore album, -aire, which will be their first album since 2012.

Produced by Mike Watts (The Dillinger Escape Plan, Glassjaw), -aire will be released by Rude Records / Equal Vision Records on and is now available for pre-order.

Speaking on the track the band says:

‘Desire is a sprawling landscape of multiple meanings. It is a motivator for action, it attaches meaning where there may not have been any before, and at it’s worst it is the impetus for intense personal torture, a deep ache of longing. With “desire”, we set out to showcase all interpretations of the word but leave room for the listener’s own reflection.‘

This is the first new material since the band’s highly praised 2011 debut, Pacific-Atlantic. With so much going on in their personal lives, Tara Mayer (keys) says that THE END OF THE OCEAN needed to “give ourselves a chance to hurt so that we could have the chance to heal” before even thinking about another release. The past few years have forced the band to come to terms with their own humanity and mortality, as well as that of their bandmates and friends. Now finally in a place to focus on new music, THE END OF THE OCEAN are back and stronger than ever.

Their new music balances rich, thoughtful melodic passages, high-energy riff-wielding and truly epic climatic outpourings. Championed for their maelstrom of nostalgia, hope, beauty, melancholy, chaos and tranquillity, THE END OF THE OCEAN are bigger, bolder and ready to return.

Previous article
FANGS A LOT
Next article
BAND OF THE DAY: BEACH RIOT