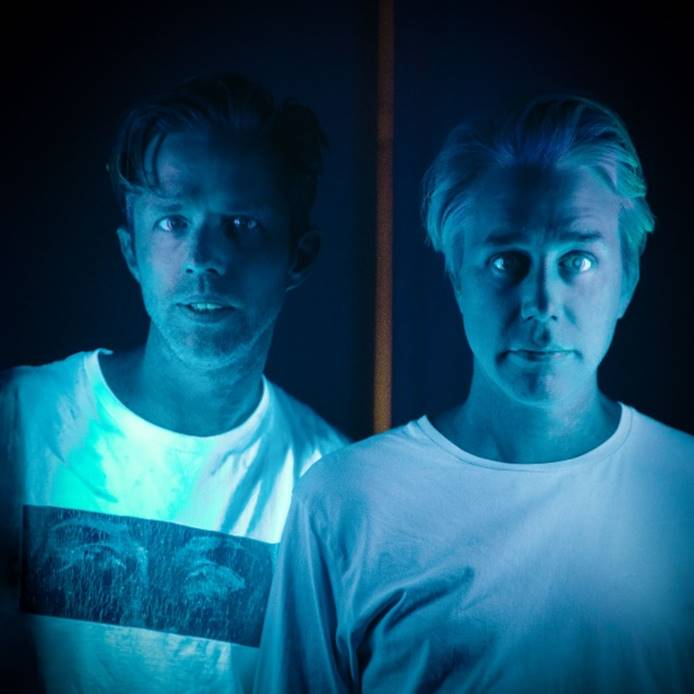 ‘Magenta’ is a sludgy, mumbly song about responsibility, love, and betrayal. It’s built on a beat made with ancient software from the late 80’s and fragmented lyrics, to mirror the inner chaos of a human beings troubled mind.

The video is directed by Jonas Bjerre and skateboarder/artist Hannah Bertram. It features Tachys walking through their local neighbourhood, Nørrebro in Copenhagen, and some friends captured on a skateboard session. All created with a mix of layered plates made with beta versions of programs that never manifested, and an old hardware video mixer.

Tachys is a new duo consisting of Tobias Wilner (Blue Foundation, New York United) and Jonas Bjerre (Mew, Apparatjik). Equal parts pop and experimentation, their sound incorporates a unique blend of genres. With their catchy songwriting, Tachys uses their melodies as a guideline through a mix of modular synthesis exploration, quasi-psychedelic pop, synth/chillwave, and nostalgic swirling shoegazey guitars. It all progress into a blossoming dream-pop, filled with layers of textural electronics, catchy melodies and driving beats.

Having known each other since early childhood, Jonas and Tobias have often collaborated, crossing over into each other’s respective projects, but this is their first joint effort as a unit.

The song is written and recorded by Tachys. Mixed and produced by Tobias Wilner. Mastered by Joe Lambert.