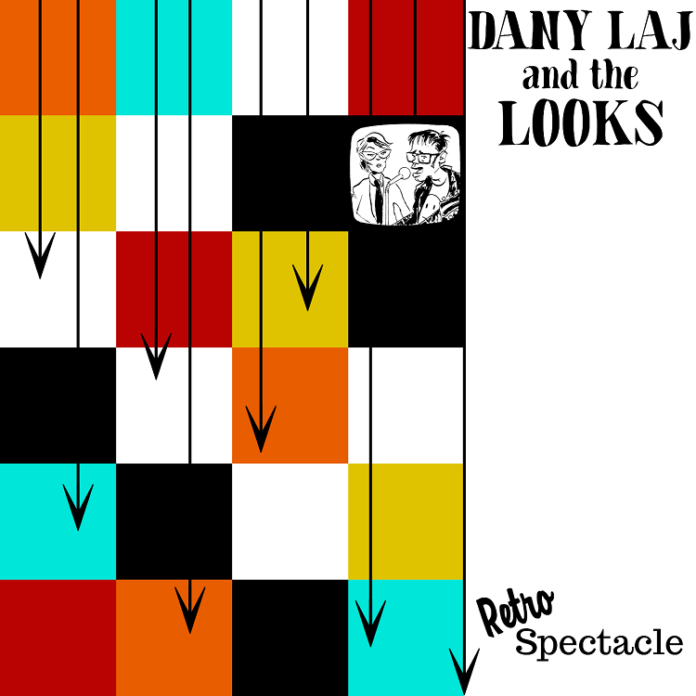 I know I say this a lot, but doing this website is brilliant, if like me you have the attention span of a three year old (in fact, my niece at just about that age probably has a better concentration level, as we discovered when we played a game of Pairs the other week).

Indeed, that’s precisely the reason I’ve never liked classic rock radio. Yeah, sound, fair enough, I love Van Halen, AC/DC and Maiden as much as the next fella, but I’ve listened to them before. Give me something I’ve never heard.

I probably wrote a similar intro when I reviewed Dany Laj and the Looks “Ten Easy Pieces” record last year (haven’t re-read it, that would be research, and like Skid Row used to say: “if you think, you stink”). I’d never come across them before and my! What a treat their sound was.

“Retro Spectacle” is a look back, if you will. Both at the albums before that one and some other gems from the past.

“Left Right To One” kicks the shindig off. Now, you lump Dany in with “power pop” if you like. But its my estimation you’d be wrong. Ok, he’s got that sweet bubblegum thing, but listen to those guitars. That, ladies and gents, is the sound of rock n roll.

A little like the album I reviewed by The Cheap Cassettes recently (they share a US label with DLATL) this wraps its happy tunes around some lyrics that in other hands would do something very different indeed. “I Know You Want Out” is a rush of almost punk rock – albeit with a side of sherbet dip, and “Hold For Love” from 2019’s “Everything Is New Again” is sort of what passes for a ballad. “I’ve been dreaming about being sober” goes its first line. But somehow the organ line just cheers everything up.

In many ways, “Sweet Pretender” sums up the ethos. Combining Elvis Costello with a Wall of Sound 60s feel, that’s what this does so, so well.

“Mr. Rebound” chugs along – and if its autobiographical I’d like to form a support group to help DL out, frankly. There’s a real intent just occasionally. “Best Thing In Town” absolutely rockets, like its been shot out of a cannon of glitter – and there’s no better place than here to praise Jennifer Dowling for both her bass playing and her harmony vocals (she also designed the artwork).

“Take It Away” is more of the same, but “Diamond In The Rough” from 2017’s breakout “Alive And Kicking” is the sort of thing you imagine he was dreaming of at home in Canada. It’s the sort of gleeful thing you write with a tennis racket in hand as a kid.

It doesn’t particularly matter if they are songs from albums, like “Mister Screaming Attitude” or otherwise, these are quirky and original takes on the an old theme. “Small Town Kid” must be about his own childhood. I recognise the character, even if I wasn’t from a small town. And handclaps are always fun. This has them in abundance.

“Till The Darkness Goes” knows its influences. It’s not hard to spot Paul Westerberg in here (or anywhere else to be honest) and its tale of frustration seems to underpin the whole vibe of the record. That of escape. Maybe that’s what this music is?

“Your Lips”, the lead song from “….”Again” ends this with its desire to go back to the late 60s, but there’s a couple of bonus tracks “Annie” was originally done as a French language version and is brilliant in English here, while “Ma Tete” (which I can’t understand a word of) proves music is universal, I guess.

If you’ve been down with Dany Laj And The Looks since the start, hats off. If like me, you were a 2021 convert, or perhaps you’ve never heard him before? Then get on “Retro Spectacle”. It’s superb, and better than listened to the same old shit that you’ve heard before (which is very nearly a Jason and the Scorchers lyric when you think about it, so after you’ve listened to Dany Laj, listen to “White Lies” that’s cool.)

Just listen to this.