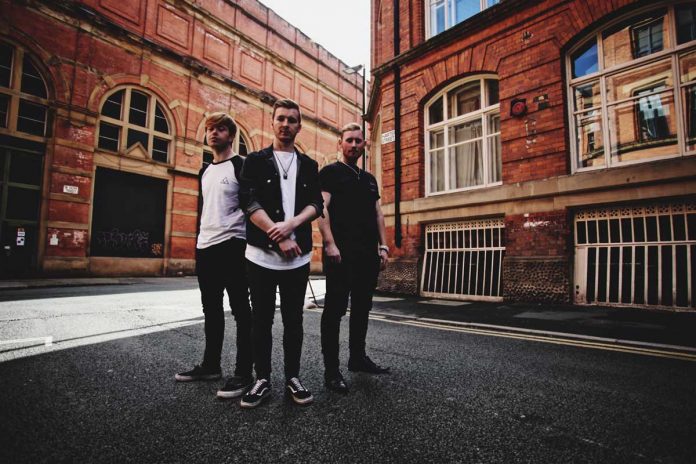 Hailing from Lincolnshire, Project Redshift are settings their sights firmly on 2019 as the stepping stone to even greater things, starting the new year with a brand new single release called ‘Crossfire’. This rocking trio don’t pull any punches musically, a trait that follows through with their songwriting and new video, this is a band with something to say and they are doing just that, loud and clear!
To explain the inspiration behind the new track, Josh Tunnicliffe (Vocal/Guitar) comments:

“Crossfire is a song I wrote about a subject that I feel very strongly about – war. It’s about how soldiers go out onto a battlefield and fight other soldiers, and these people are more than likely not just fighting for a cause that they believe in, and they may end up dying because of an argument between the people high up in government, sat in their houses and making decisions on what the soldiers do next.

We all believe this is our best song yet. I put a lot of time into writing it and making it exactly how I wanted it and we’ve put a huge amount of time and effort into producing the single and video to make sure they represent the meaning well.”

Crossfire will be officially released and available everywhere on Monday, 14th January, with the video getting a premiere on the Project Redshift Youtube channel at 7pm on Friday the 11th January. Make sure you subscribe to the premiere to get notification before it goes live.