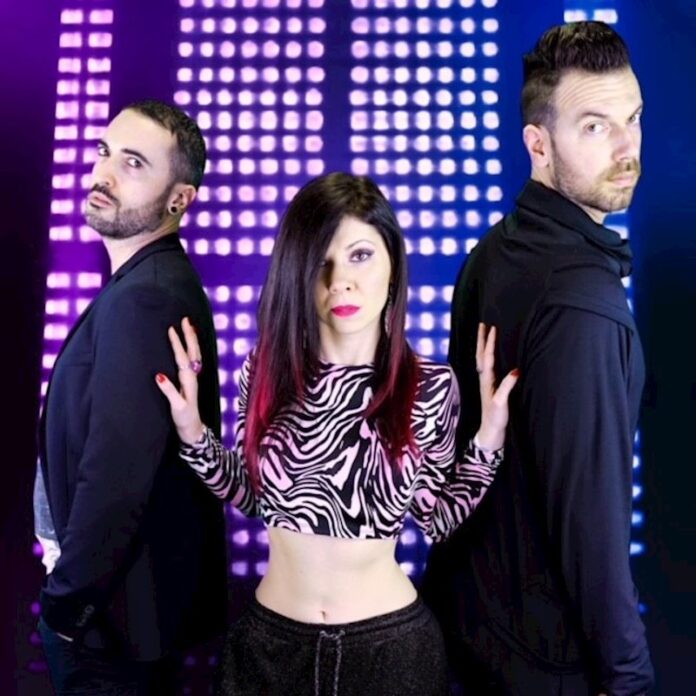 Check out the video here: https://www.youtube.com/watch?v=tkSt9OaG_a0

OVERLAPS is an alternative rock band from the northeast of Italy, more precisely from near Venice, formed in 2016. After some line-up changes, the band is currently composed of. Gloria Piccinin (vocals), Stefano Galioto (bass) and Marco Marinato (guitar).

The band’s debut single “On Monday” stormed the Virgin Radio charts in their native Italy in 2016 and managed to stay in them for six weeks. The band’s self-titled debut album “Overlaps” was released in September 2018 and was produced by Fabio Trentini (Guano Apes, Donots), who brought his very own mix of 90s rock and crossover to the production.

Frontwoman Gloria Piccinin stands out for her soulful and delicate, yet powerful and sometimes even shrill-sounding voice. Together with guitarist Marco Marinato she forms the artistic head of the band. The two are supported by bassist Stefano Galioto. While Marco and Stefano see their musical background in metal and alternative rock, singer Gloria comes more from melodic metal and indie rock.

Gloria writes the lyrics and melodies of the songs, which are fully arranged by Marco. In the last two years the two have created a perfect combination of rock and alt-pop, with a lot of electric influences like Pvris, Nothing But Thieves and Muse. The band can also convince live. The catchy melodies and powerful vocals of their songs are supported by the energetic instrumentation and strong image of the band on stage.

In 2018, Overlaps had the great honor to support The Rasmus on their “Dark Matter” European tour: 27 gigs in twelve different countries in 37 days. Following that huge tour, the band played 15 headlining shows across Europe, including a performance at the 2019 Rockstock Festival at Newcastle University.

“Their sound is incredibly well mixed considering they are the first of three bands to perform that night. Overlaps launch right into their set with a high energy level, which they maintain throughout their performance. Gloria’s vocals soar above the distorted guitars; the power in her voice really stands out. Strong guitar riffs and melodies interspersed throughout the tracks add detail to their sound. Overlaps have some catchy tunes that are easy to dance and move to, which definitely adds to their appeal.”
Sound Board review live at Manchester Academy

The new single “White Line” released today, distributed by Sony Publishing and Believe, marks a new era for the band. The sound is alt-pop with a lot of electronic influences, supported by a strong rhythm and a powerful synth bass. You can watch the video HERE.

“White Line” puts the focus in life on running, moving forward. Sometimes you come across obstacles, risks and walls, but your inner strength is your guide. Even when you’re unsure and don’t know what the best choice is for your future, you keep going and never give up. The song was inspired by the lockdown days when we were all stuck without live music and broken dreams. “White Line” is the first single from the new album, which will be released next fall.