BAND OF THE DAY: NUNS OF THE TUNDRA 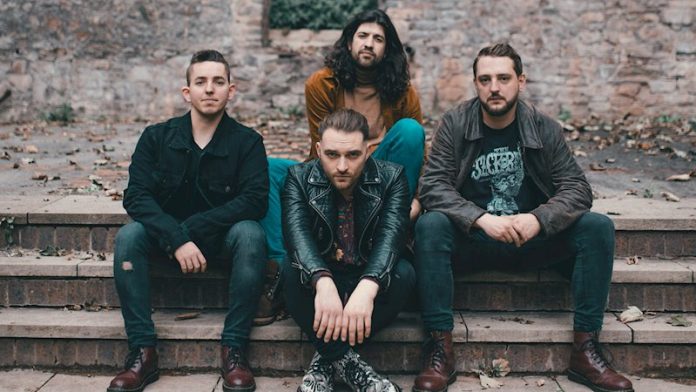 Bristol newcomers NUNS OF THE TUNDRA peel back rock to its bare bones and customise it with the use of nifty electro beats and enriching desert rock riffery. The alternative foursome have just released their enthralling new single, Pray 4 U, Slay 4 U –

The hotly-tipped quartet take musical inspiration from the pummeling stoner rock riffs of Queens of the Stone Age and the hooky pop psychedelia melodicism of Tame Impala, underpinned with a rhythm section that moves through swampy Bonham-esque grooves. While the NUNS OF THE TUNDRA wade in the waters tread by Homme and Parker, when you hear the band, you’ll be utterly captivated by the alt-rockers’ originality and infectious appeal.

Having opened the main stage at this year’s Lakefest 2018, and building on the success of their previous self-releases, the Nuns have been hard at work recording new material at Giant Wafer Studios in Wales with producers Alex Loring & Tom Andrews (Big Spring, Fangclub), and legendary mastering engineer John Davis (Led Zeppelin, Arctic Monkeys).

The band’s last single, Hidden Eraser, picked up the attention of many industry tastemakers with BBC 6 Music‘s Steve Lamacq playing the track and throwing his backing behind the band. Lamacq’s support however is just the latest from a slew of DJs, artists, and industry veterans. Singling the Nuns out from over 350+ unsigned bands, BBC Radio 1 DJ Abbie McCarthy described their set as “a brilliant performance“; BBC Introducing’s Andrew Marston enthused, “They set the main stage of Lakefest 2018 on fire”; and they have even earned the approval of one of their biggest influences – Josh Homme from Queens of the Stone Age.

The alternative crew have pushed on again with the release of their new single, Pray 4 U, Slay 4 U. This contagious cut was premiered on Amazing Radio where it picked up a raptor response. It’s a supremely killer track that contorts its way into your cranium with colossal beats and indie rock crossover vibes that will leave the listener commanding more.

Previous article
REVIEW: BANG BANG FIRECRACKER – WELCOME TO THE SLAUGHTERHOUSE (2018)
Next article
NINE SHRINES GIVE US A RING