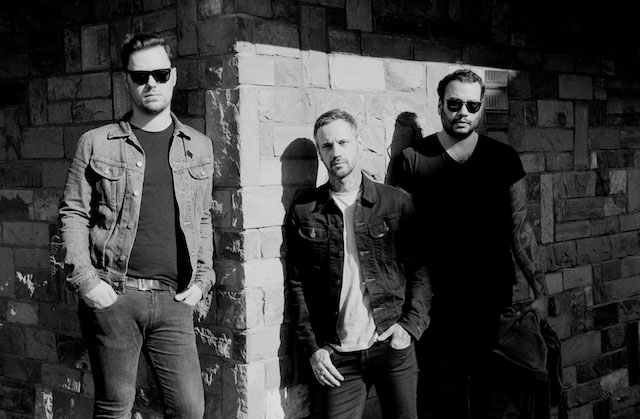 Rising up from the streets of Brussels, My Diligence is a band that in recent years have come to transcend rock in their native Belgium with a skill and ease reminiscent of their transatlantic peers.

For fans already in the know, the progressive rock aplomb of established acts like Torche, Helmet and Elder resonate wildly in their sound. Big, bold and high in intensity, the Belgian trio deliver a non-stop, ass kicking brand of no-nonsense rock ‘n’ roll that scorches the sky, while leveling the playing field.

The success of their 2014 EP, Who Killed The Driver, along with their self-titled debut album from 2015 showcased as much, and at the same time laid down the foundations for Sun Rose, their eagerly awaited follow-up album, due for release this January on Mottow Soundz. Recorded at Studio Pyramide by producer François Vincent (Romano Nervoso, Thot), Sun Rose features a heavy mix of riffs – bigger and more bombastic than ever – interwoven with sincere lyrics and unforgettable grooves, like those found on ‘Resentful’, and capture the trio’s fresh and exciting ideas around how they feel rock should sound. As drummer Gabriel Marlier explains:

“‘Resentful’ was actually the first song we wrote when we started writing our second album. We wanted to push things forward and become heavier than ever and this song in particular signals a rebirth of My Diligence. My Diligence Mk. II. After our previous bassist’s departure we just wanted to two guitarists, one drummer and a chance to get rid of the past and focus on the future. The song is about addiction and we had no doubt about it, it had to open Sun Rose.”

Fully realised and breath-taking in its execution, Sun Rose is a remarkable take on twenty-first century rock ‘n’ roll and one that will capture the hearts and ears of those seeking more.

My Diligence’s new album, Sun Rose, will be released on Friday 25th January 2019 on Mottow Soundz and the band will host an official release party at Botanique, Brussels on Wednesday 30th January – https://www.botanique.be/fr/activite/my-diligence-s-o-r-o-r-300119