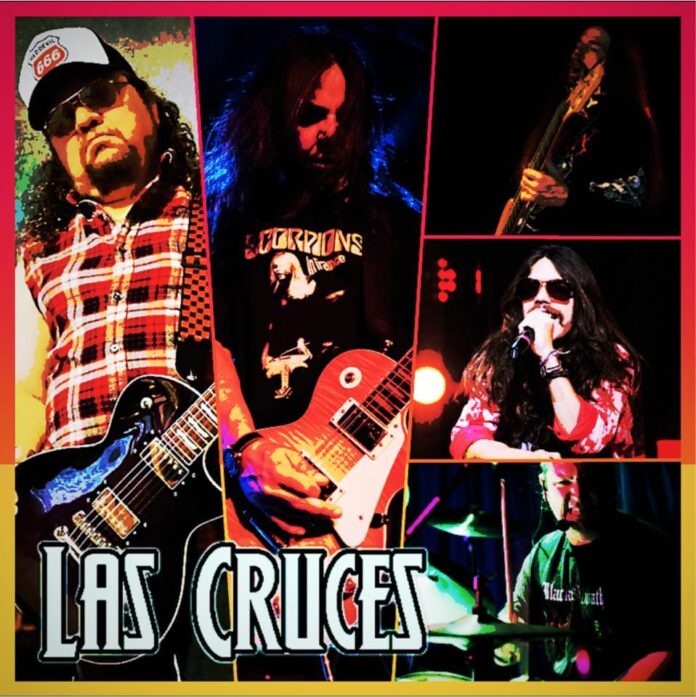 San Antonio’s doom metallers LAS CRUCES announce their comeback after over a decade with their awaited fourth full-length ‘Cosmic Tears’ this June 3rd on Ripple Music. Bathe into the classic doom sounds of new single “Wizard of the North” now!

Look back into the distant reaches of doom’s heady primordial days of the late 90s and early 2000s, and amid the many pillars of the style whose names you know well, you might also come across one that’s less familiar, though no less majestic and impactful in what they created: LAS CRUCES.

This Texas doom powerhouse was like a lightning storm in the desert with their singular take on sludgy, melodic doom, boasting soaring vocals and bleak, earth-shaking riff power that was impossible to match. And yet, as significant and unforgettable as their incredible “Ringmaster” album was, the band seemed to mostly disappear back into the earth. They would resurface here and there with an occasional release or announcement of a reformation, but ultimately, the promise of “Ringmaster” was never seized… until now.
Listen to brand new single “Wizard of the North“

“Cosmic Tears” is the long-awaited re-emergence of a band with far more greatness in them than the world had yet to hear, and this album delivers it at long last. Prepare yourself for a new doom epic! It will be issued on June 3rd worldwide on various limited edition colored vinyl, classic vinyl, CD and digital through Ripple Music.

TRACKLIST:
1. Altar of the Seven Sorrows
2. Cosmic Tears
3. Stay
4. Wizard from the North
5. Reverend Trask
6. Egypt
7. Holy Hell
8. Terminal Drift
9. Relentless
10. The Wraith
Formed in 1994 by George Trevino, LAS CRUCES began touring the Texas scene, gaining widespread recognition and the interest of John Perez, guitarist of Solitude Aeturnus and owner of Brainticket Records. Thus forging the debut release ‘S.O.L.’ (1996), then releasing its skull-crushing follow-ups: 1998s ‘Ringmaster’ And 2010’s ‘DUSK’. Over the years, the band has gone through line-up changes and rumors of breakup. However, these things have not foiled the band’s ideology. LAS CRUCES are poised to begin the metal onslaught for the masses as they prepare to support their new release “Cosmic Tears” this June 2022 on Ripple Music!