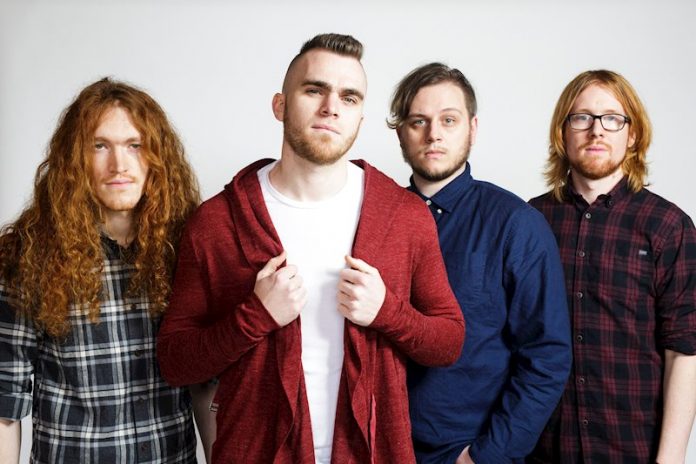 BRIT ALTERNATE COMBO ANNOUNCE EP DETAILS & REVEAL NEW LYRIC VIDEO!Faintly tipping their hats to past masters, but firmly blessed with a contemporary sound, ICARUS DIVE have racked up favourable comparisons stemming from System Of A Down, Radiohead, and Queens Of The Stoneage, through to Queen. The intriguing alternative crew have just released a new single and lyric video for Hydra –  which is lifted from the band’s blistering new EP, Among The Thorns, out 21st September.

ICARUS DIVE originally hail from the leafy suburbs of Guildford, but the alternate crafters served their musical education while at uni in the vibrant northern city of Leeds. With Joe Crook on guitar and lead vocals, Louis Nanke-Mannell rattling out the beats, and Harry Crowe handling the bass and vocals, the magnetic riff beasts have been plying their trade throughout the South and beyond, and word is now spreading of their intoxicating and explosive live shows. The band have just finished work on their spanking new EP, Among The Thorns, which encapsulates the band’s depth and vigour. Tracks such as Hydra and Murder And Lies ideally serve as strong showcase pieces with their twisting dynamics, oft-kilter structuring, and captivating hooks. ICARUS DIVE have pulled off the extremely difficult task of shaping a record that is fresh, interesting and unique, but one that is above all, hugely accessible and infectious.