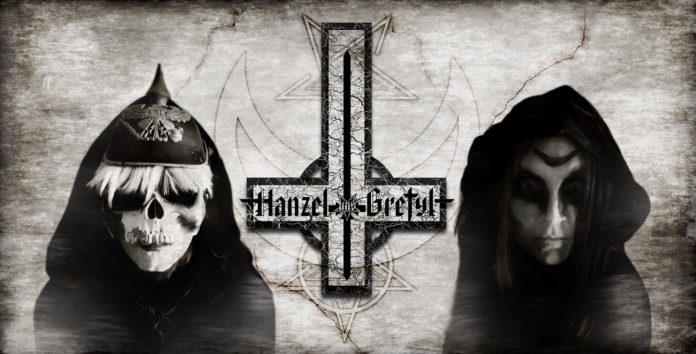 Formed in New York in 1993, the HuG duo of Kaizer von Loopy and Vas Kallas released their debut album, ‘Ausgeflippt’, two years later and embarked on consecutive US tours with Marilyn Manson after playing just a handful of local shows.

Its follow-up, 1997’s ‘Transmissions From Uranus’, was praised for its progressive musical stylings and groundbreaking technological advances. Promoted via a tour with Prong, further live commitments saw HuG headline a Halloween show in Des Moines, Iowa with local band Slipknot as their support act, while in 1998 they themselves supported Rammstein on their first US trek.

HuG began a long association with Metropolis Records in 2003 when the label issued their third album, ‘Über Alles’. Described as a “futuristic Wagnerian rock opera”, it marked a stylistic change for the band, favouring heavy guitar riffs and Germanic themes over their proven electro-metal sound. It got great reviews from publications as diverse as Kerrang! (UK) and The Village Voice (US).

Next up was 2005’s controversially titled ‘Scheissmessiah’. Memorably reviewed as ‘Handel’s Messiah from Hell’, HuG grew harder and heavier and toured with Ministry and My Life With The Thrill Kill Kult. An EP, ‘Oktötenfest 2006’, led to UK dates with Cradle Of Filth.

Their fifth album, ‘2012: Zwanzig Zwölf’ (2008), was a concept record based on the Mayan theory that the world would end in 2012 (but with a fantastical twist on proceedings) and saw death and black metal elements incorporated into HuG’s musical make-up. The duo’s cult following continued to grow and they played their first extensive headlining world tour in 2009.

After the world failed to end, 2012 saw the release of ‘Born To Be Heiled’, an eclectic blend of death, black and doom metal, classic rock, electronic and industrial elements tied together with HuG’s unmistakable ersatz German affectations coupled with strong outlaw biker motifs. A companion piece entitled ‘Hanzel und Gretyl Für Immer’, comprised entirely of remixes by KyzrWölf (Loopy’s electronic side-project), was made available in autumn 2013 to coincide with a European tour.

Late 2014 saw HuG’s seventh album, ‘Black Forest Metal’, which marked the beginning of a new era for the band. Their darkest and most metal sounding effort to date, it employed satanic themes cross-referenced with forest motifs from the original Brothers Grimm fairy tale. US and two European tours followed the release.