BAND OF THE DAY: DROWN AGAIN 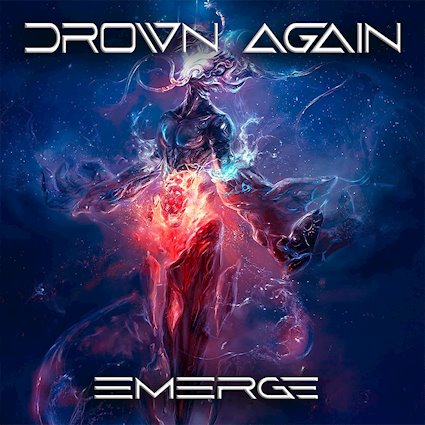 The band will set the bar high with the life-altering album “Emerge,” featuring Frank Blair on guitars, Erik Lundquist on bass, and Jason Blessing on drums. Consisting of ten masterpiece tracks produced by award-winning producer and vocalist Rob Mancini, “Emerge” is sure to please fans as it sounds like: Theory of a Deadman, Googoo Dolls, Daughtry, Lifehouse with its hardcore underpinnings, lush orchestrations, and driving melodies. Rob Mancini is a modern rock vocalist and producer with a diverse and extensive catalogue of works.

With a strong background in classic rock, Rob has also gained a reputation as a modern rock producer that understands how to mould the sonic elements of a track into a commercially viable song. Ready to be streamed on all major platforms, Emerge will be full of beautiful melodies and strong grooves, with soaring vocal harmonies and thought-provoking lyrics. Drown Again’s sound has evolved into a true cross-genre album that showcases their song writing flexibility and musicianship. Drown Again has created a unique sound that defines the Alternative Rock genre thanks to its mix of heavy riffs, cutting-edge production and tight harmonies. Their musical attitude has been in steady progression since its foundation in early 2021, which ultimately led them to their current high.

Drown Again’s innovative blend of modern and alternative rock defines their charismatic groove across the world; they have a European tour in planning for April 2023 When asked about the success, band members shared, “Setting the bar high during a time where the music industry has changed so drastically, we find ourselves at a point in space that allows us to continue doing what we love most, sharing music. Emerge is a collection of tracks that will stick with you long after the first listen, thanks to the melodic lines’ ferocity and the intense emotion infused into every note.”