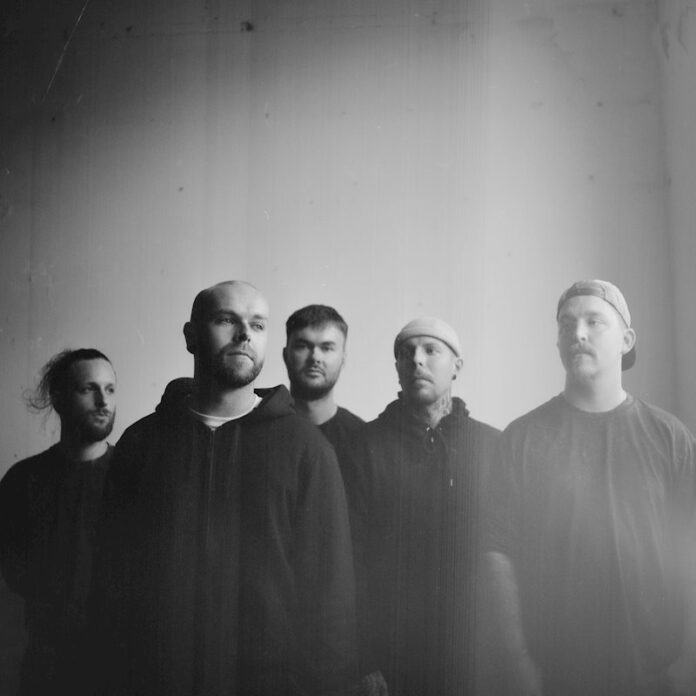 Ever since their inception in 2016, Norwich based heavyweights COLLAPSE THE SKY have gone from strength to strength. Channeling a collection of stout influences panning from Slipknot and The Ghost Inside, through to Lamb of God and Parkway Drive, and featuring Lee Margaillan (vocals), Flynn Green (lead guitar), Luke Fowler (drums), David Lawrence (guitar), and Karl Morse (bass), COLLAPSE THE SKY have the intensity, guile, and energy to be one of the key players in today’s scene.

Support is certainly increasing for the quintet, which has been aided by the release of 2016’s debut album, Seven Eyes, and the group’s 2018 sophomore album, Consumed. Appearing at Metal 2 the Masses and playing shows with King 810 and Heart of a Coward have increased COLLAPSE THE SKY’s growing stock, and so too has the launch of their recent video and album namesake, White Flags – https://youtu.be/SAfC2Uw2m1g .

COLLAPSE THE SKY’s current album, White Flags, has all the markings of a game-changer for the band. Delving into multiple subgenres of metal and displaying a breadth of riffs and phrasing, the record highlights the band’s obvious diversity and unquestionable ability. Flynn Green remarks about the background of the album: “White Flags is a sonic representation of conflict and the different forms of strife that we experience throughout our life cycle. This could include any interpretation of the word from military conflict to internal conflicts with mental health”. With a raft of shows and festivals in the works for the latter half of 2022, COLLAPSE THE SKY are destined to soar.